23,000-Year-Old Footprints Are Earliest Evidence Of Human Activity Found In The Americas

Jan Bartek – AncientPages.com – Footprints found at White Sands National Park in New Mexico provide the earliest unequivocal evidence of human activity in the Americas and offer insight into life over 23,000 years ago.

The footprints were formed in soft mud on the margins of a shallow lake that now forms part of Alkali Flat, a large playa at White Sands. Researchers from the U.S. Geological Survey dated these tracks using radiocarbon dating of seed layers above and below the footprint horizons. The dates range in age and confirm human presence over at least two millennia with the oldest tracks dating from around 23,000 years ago, which corresponds to the height of the last glacial cycle—making them the oldest known human footprints in the Americas. 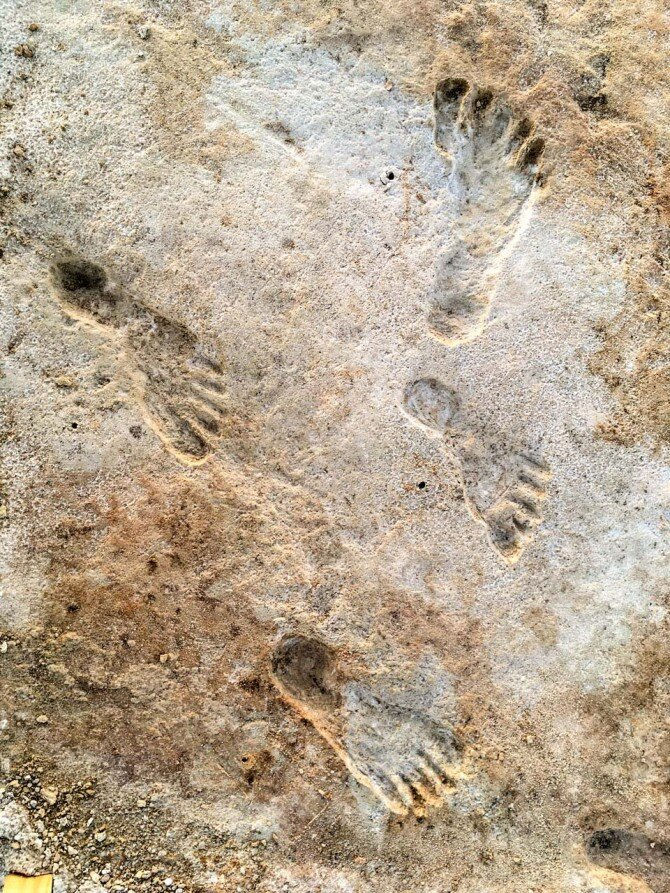 The research, published in Science on Sept. 24, was conducted by scientists from Cornell, Bournemouth University, the National Park Service, U.S. Geological Survey and the University of Arizona. The tracks at White Sands were first discovered by David Bustos, resources manager at the park.

In order to investigate the site, the team pioneered non-invasive geophysical techniques led by Thomas Urban, research scientist in the College of Arts and Sciences and with the Cornell Tree Ring Laboratory.

“Detection and imaging with nondestructive technology has greatly expanded our capacity to study these remarkable footprints in their broader context,” Urban said. “Now we have a unique window into life during the Pleistocene in North America, and this new study provides the first unequivocal evidence of a sustained human presence in the Americas thousands of years earlier than most archeologists thought was likely.” 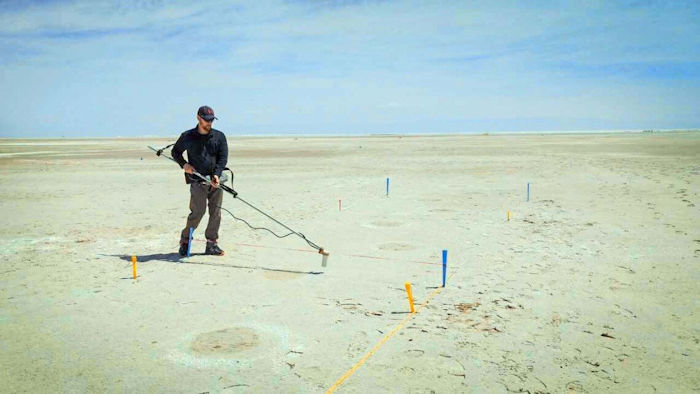 The footprints tell an interesting tale of what life was like at this time, say the researchers. Judging by their size, the tracks were left mainly by teenagers and younger children, with the occasional adult. Animal tracks—mammoth, giant ground sloth, dire wolves and birds—are present as well.

“It is an important site because of all of the trackways we’ve found there show an interaction of humans in the landscape alongside extinct animals,” said co-author Sally Reynolds of Bournemouth University. “We can see the coexistence between humans and animals on the site as a whole, and by being able to accurately date these footprints, we’re building a greater picture of the landscape.”

Traditional archeology relies on the discovery of bones and tools but can often be difficult to interpret. Human footprints provide unequivocal evidence of presence and also of behavior. It was previously thought that humans entered America closer to 16,000 years ago, after the melting of the North American ice sheets, which opened up migration routes. However, the footprints show a much earlier migration of humans into the Americas.

“The footprints left at White Sands give a picture of what was taking place, teenagers interacting with younger children and adults,” said Matthew Bennett, Bournemouth University, who helped lead the study. “We can think of our ancestors as quite functional, hunting and surviving, but what we see here is also activity of play, and of different ages coming together. A true insight into these early people.”