The Mayan people are among the most innovative cultures in the pre-civilization era of the planet. They were among the first to construct massive architectures that did not require any reference from outer influences. The structures still stand today, despite ages of natural calamities and human-induced activities. In a recent study, some of the architectures produced by Mayans 1,500 years ago have rocks and minerals that originated from volcanic spews. These structures include their large pyramids erected in the present-day San Andrés. 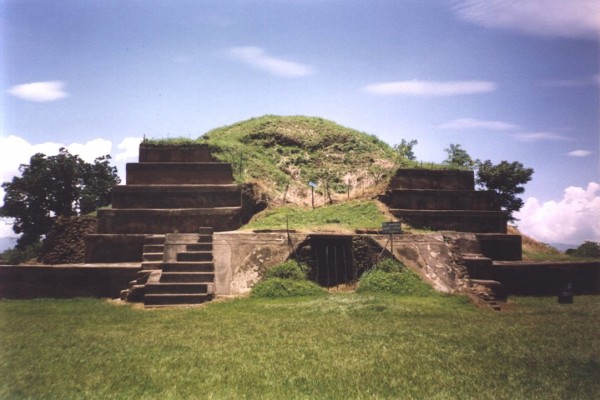 The Mayan buildings discovered in the latest research were built in 539 AD in El Salvador’s region. The place, also known as San Andrés, is among the vast area where the Ilopango caldera is located. The said caldera presented one of the biggest volcanic activities in the history of Central America and among the planet’s largest eruptions in the last 10,000 years.

The eruption, called the Tierra Blanca Joven, produced lava flows and spews that reached kilometers across the surrounding areas. The volcano ejected massive emissions of ash that were so strong, it elevated to high atmospheric levels of Central America. In addition, these ashes that were discharged into the skies affected the climate of some regions in the Northern Hemisphere, lowering their standard temperatures.

The volcanic activity that was exhibited during the glory days of the Mayan civilization heavily affected the immediate communities around the caldera. The catastrophic event even pushed some of the Mayan groups to abandon their settlements due to the destructive effects. The abandonment from the volcanic eruptions has led the experts to theorize that the settlements stayed unoccupied not for a short moment but even in the following centuries.

Mayan Pyramids Made From Volcanic Eruption

This idea was eventually disproven due to the recent observations gathered from a Mayan pyramid called the Campana. According to PhysOrg, the structure was analyzed by the University of Colorado Boulder’s Department of Anthropology expert and Mesoamerican archaeologist Akira Ichikawa. Based on their team’s findings, the Mayan people returned to their original settlements and crafted their architectural buildings just five years after the Tierra Blanca Joven eruption.

The Campana pyramid was located 40 kilometers from the huge volcano in the Zapotitán Valley. Among the greatest discoveries from the region is that the architectures are enhanced with additional features they gathered from the eruption’s aftermath. The materials they used to build new buildings are the stone blocks from the spews of the volcano called tephra. Ichikawa mentioned that this is the first evidence that Mayan people took advantage of the destructive catastrophe, and the method they did may have been heavily linked to the religious culture they had back in their time.

The Tierra Blanca Joven eruption was a topic for debate by many archaeology and history experts. According to the most accepted theory, the eruption occurred at a much earlier date, which is sometime between 270 and 400 AD. To know the precise timeline, Ichikawa’s team re-examined El Salvador’s available trunks, and it showed that the eruption occurred in 539 AD. the study was published in the journal Antiquity, titled “Human responses to the Ilopango Tierra Blanca Joven eruption: excavations at San Andrés, El Salvador.”

Check out more news and information on Archaeology in Science Times.

©2021 ScienceTimes.com All rights reserved. Do not reproduce without permission. The window to the world of science times.