The vibrant Yucatán Peninsula on the southern tip of Mexico has Mayan temples, underground caves and flamboyant haciendas. Here’s what to expect on a trip here with Journey Latin America… 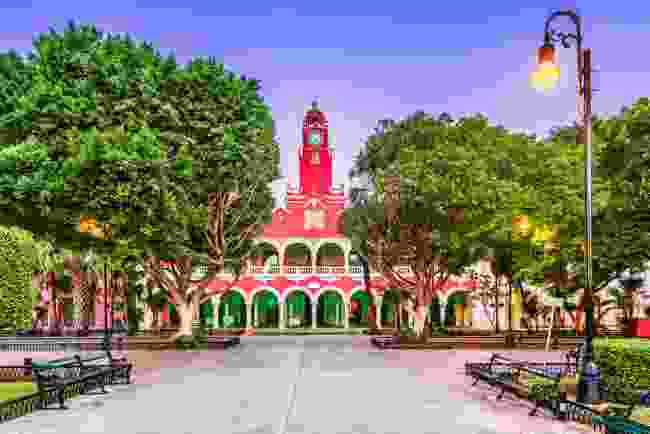 Explore the colourful colonial capital of Mérida where ancient Mayan temple ruins mingle with Spanish colonial mansions erected during the conquest. Take a Journey Latin America city tour and be transported in time in a horse-drawn carriage along Paseo de Montejo as you glimpse the life of the city’s founding father through the prism of his Casa Montejo home. Get lost in the narrow and winding streets and bask in the sunny plazas listening to live salsa music. Later, unlock the secrets of the Mayans exploring their mystical temples in the Mayapan Archeological zone. 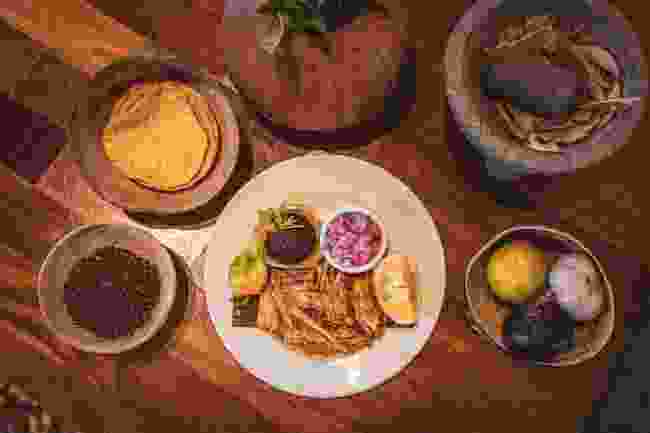 The Yutacan’s diverse range of foods will tickle your tastebuds. Start the day with huevos motuleños, tasty fried tortillas topped with eggs, red onion, habaneros, refried beans, green beans, cheese, plantains, turkey ham and salsa roja. Alternatively, sink your teeth into a traditional conchinita pibil, a whole suckling pig wrapped in banana leaves and slow roasted underground flavoured with bitter oranges. Papadzules hail from an ancient recipe where corn tortillas are dipped in a sauce made from pumpkin seeds, seasoned with epazote. Those with a sweet tooth will love dulce de papaya, a dessert cooked with syrup and topped with coconut and shredded cheese. There are plenty of restaurants to enjoy dishes like these. Alternatively, if you are staying in a hacienda and feeling creative, why not visit a local farmers market to pick up some ingredients to make your own authentic Yucatán dish.

3. Learn about the fortune found in henequén 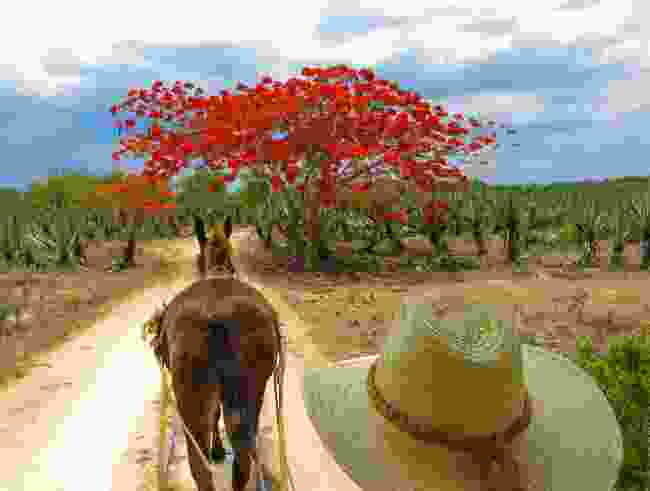 Mérida flourished with the arrival of the henequén industry. The city’s vast fortune is owed to an indigenous plant that produces a hardy fibre extracted by the Mayans for centuries. Ancient ancestors built a thriving but time-consuming cottage industry until the arrival of a machine over 100 years ago that sped up the process and put the metropolis on a path from rags to riches. As the henequén merchant families lavished their newfound money on the city, they built ornate French-style city mansions. Take a Journey Latin America tour to a historic henquén hacienda and witness the centuries-old architecture. Ride out on a wooden cart pulled by mules to tour the plantation and stop for a swim in a cenote (a natural sinkhole typical of the peninsula). 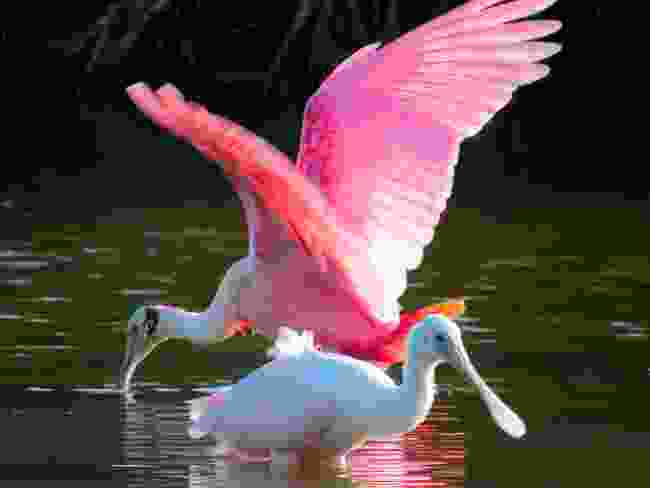 It is quite a spectacle when thousands of remarkable flamingos flock to the Celestún Biosphere between autumn to spring to mate. They form a cloud of pink as they take flight and are best viewed resting at low tide on Lake Celestún amongst the egrets, herons and sandpipers. Witness this phenomenon with your own eyes as you take a Journey Latin America tour to visit the flamingos of Celustún which includes a boat ride along the beach and a trip down the estuary through a petrified forest and a tangle of mangroves before reaching your final destination of Lake Celestún to behold the magical flamingos. 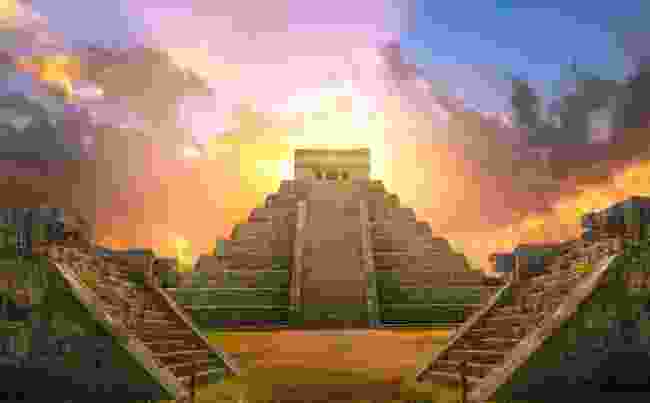 Journey Latin America’s tour Visit Chichén Itzá, ruined Mayan City takes in one of the most important archaeological sites in the Mayan empire predating 1,500 years. You can see over 26 Mayan ruins on this tour which lets visitors see inside the imposing pyramid of El Castillo, declared one of the new wonders of the world. Chichén Itzá translates as ‘at the brim of the well where the wise men of the water live.’ You’ll also explore the large ball court where ritual sports were played and examine sacrificial altars, podiums etched with skulls and the sacred cenote where it’s thought human sacrifices were thrown directly into the underworld of Xibalba. 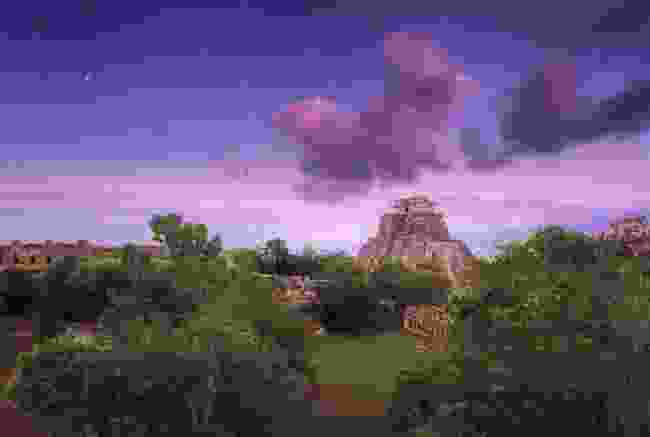 Uncover Uxmal, a fascinating ancient Mayan city which has been declared a UNESCO World Heritage site. You can get up close and personal with these ruins on Journey Latin America’s Visit Uxmal Mayan Temple tour. The first thing you will see towering above the ruins is the impressive Pyramid of the Magician, while ancient roads called sacbes connect to traditional Puuc architecture such as the traditional Maya huts characterised by their thatched roofs. You’ll also discover the Governor’s Palace, famous for its grotesque masks and macabre history. Marvel at the tokens to the gods such as two-headed snake masonry and then take a tailor-made trip along the Valley of the Pucc to admire carvings and stone mosaics and the ancient city of Labná then on to Sabil to see Kabah’s Palace of the Masks.

7. Sleep in an authentic hacienda 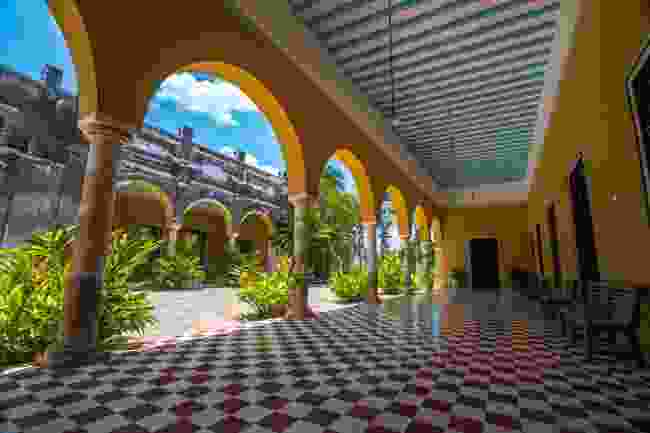 For a real Mexican adventure rest in an authentic hacienda. These charming farms sprung up in the 19th Century during the boom years of the henequén industry. These sprawling estates once provided accommodation for all the staff and are spacious as well as grand. Nowadays some of the traditional haciendas have been converted into luxury tourist accommodation, preserving its rich colonial heritage. Ticum Hacienda is one such example with ten rooms and located just outside Mérida, it is the perfect base from which to explore.

8. Swim in a sinkhole Much like Swiss Cheese, the northern Yucatán Peninsula’s limestone core is scored by the rivers that run underground. What this has resulted in is the formation of sinkholes, which you can explore with  Journey Latin America. Discover limestone grottoes filled with some of the clearest turquoise water. The walls of the caves that encase these are draped with tree roots which the Mayans imagined as the entrance to the mysterious shadowy underworld of Xibalba. The most famous of all is Ik-Kil, close to Chichén Itzá , which was sacred to the Mayans who made sacrifices to Chaac, the god of rain.

Journey Latin America, established in 1980, creates tailor-made holidays and escorted group tours to all of Central and South America. Their Travel Experts curate bespoke adventures that range from exploring this rich land’s natural wonders, discovering the origins of mysterious ancient civilisations, and getting up close and personal with its diverse indigenous culture and unique wildlife.