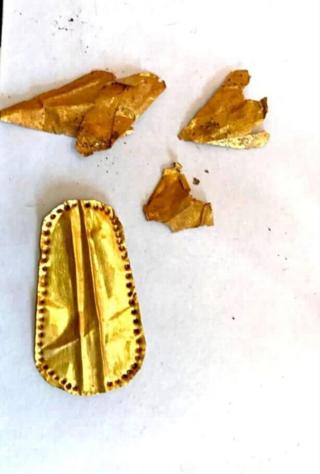 Egyptian Ministry of Tourism and Antiquities

Experts in Egypt have discovered several ancient tombs containing some unusual mummies – with golden tongues in their mouths.

The mummies were found in the ancient burial site of Qewaisna, located around 40 miles north of the country’s capital Cairo.

Archaeologists say that the some of the tombs date back over 2,000 years.

It is thought the golden tongues were placed in their mouths in the belief that it would help them speak in the afterlife.

What did experts find?

The discovery was made during a new excavation on the ancient burial site of Qewaisna.

Some of the mummies were found with a number of golden pieces in the form of human tongues in their mouths.

Others were found to have bones covered in gold, while some of the mummies had simply been buried near gold-shaped scarabs and lotus flowers. 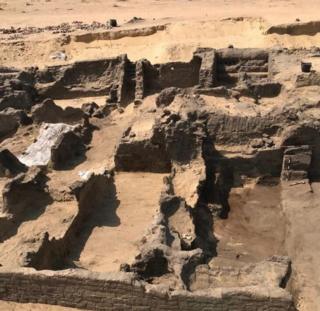 Egyptian Ministry of Tourism and Antiquities

Archaeologists believe it was so the mummies could speak to the ancient Egyptian god of Osiris.

In Egyptian mythology, Osiris was the ‘Lord of the Underworld’ and one of the most important gods of ancient Egypt.

Experts at the site also found that the burial customs were different in each time period, and that there were also different directions of burial and ways of placing the mummies.