Biden After Meeting With House Democrats About Economic Agenda: ‘We’re Gonna Get This Done’

President Joe Biden told reporters Friday that he was in no rush to see his bipartisan infrastructure bill and budget pass Congress as Democratic divisions over the two slow their path to becoming law.

Biden met with House Democrats for approximately 30 minutes Friday afternoon as congressional leadership pleaded with him to become more involved in negotiations. And though optimistic, he reportedly told the caucus they would need to compromise on both bills if they did not want to end up with nothing at all.

An infrastructure vote “ain’t going to happen until we reach an agreement on the next piece of legislation,” he said. 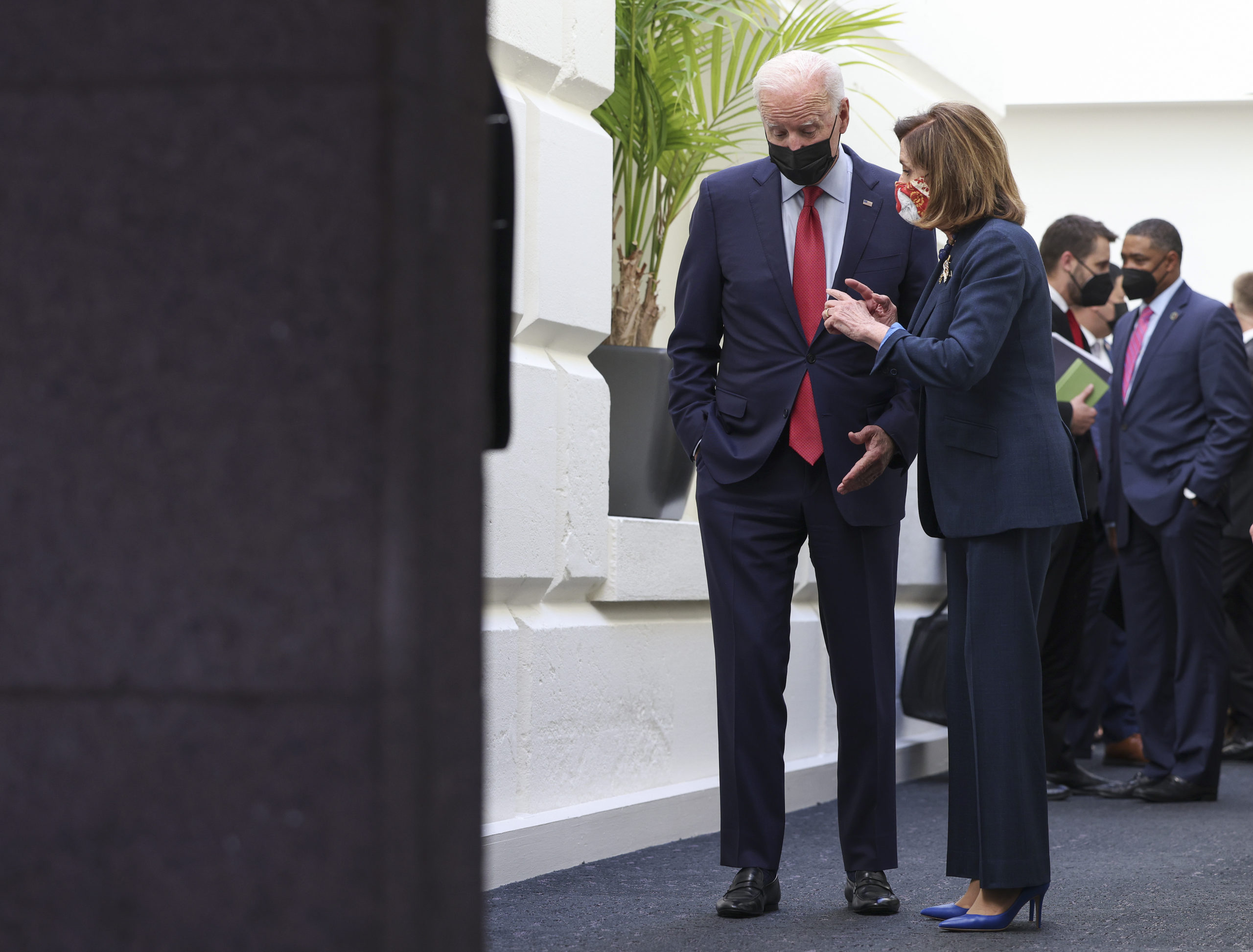 While the House was supposed to vote on the Senate-passed infrastructure bill this week, it was shelved multiple times as it became clear that left-wing Democrats led by the House Progressive Caucus would deny the bill the support needed to clinch a majority. They have repeatedly called for the Senate to pass the budget, which contains long-sought Democratic priorities like child care, Medicare expansions and climate change mitigation measures, before the House votes on the infrastructure package. (RELATED: House Democrats Delay Infrastructure Vote After Talks Stall, Left-Wing Dems Reaffirm Vow To Sink It)

Democratic leadership, top White House officials and Sens. Joe Manchin and Kyrsten Sinema — the two most prominent Democratic holdouts on the budget — made progress Thursday, but had not reached a compromise when House Majority Leader Steny Hoyer announced around 11 p.m. that no vote would take place.

Democratic moderates have insisted that the House first pass the infrastructure bill, arguing that the legislation, which puts $1.2 trillion toward improving American roads, bridges, ports, broadband and more over the next decade, is overwhelmingly popular and would deliver Biden a much-needed win.