President Joe Biden said Tuesday he will sign the reconciliation bill with or without the Hyde Amendment, which bans federal funding for most abortions.

Including the Hyde Amendment has become a contentious issue among Democrats. West Virginia Sen. Joe Manchin told National Review last week that the bill is “dead on arrival” without the amendment and reiterated his stance on Monday. Democratic Washington Rep. Pramila Jayapal, on the other hand, noted she will not sign a bill with this inclusion.

“I want to get the bill passed,” Biden told reporters Tuesday. “I’d sign it either way.”

The president’s comments seem to fly in the face of White House press secretary Jen Psaki’s statement on the issue. Psaki told reporters Monday that Biden “opposes the Hyde Amendment” and his opinion has “not changed,” though she declined to directly address Manchin’s comments. 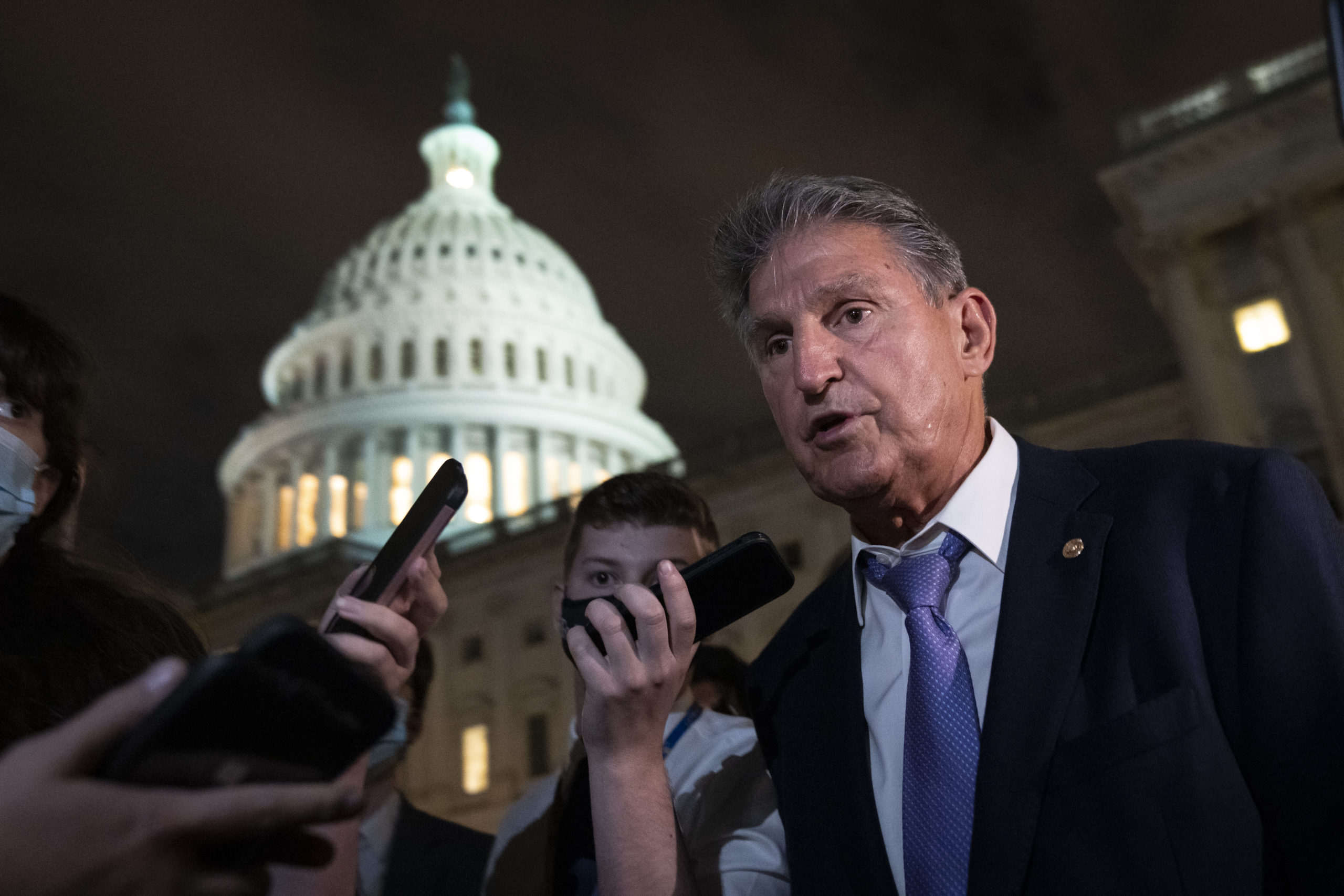 WASHINGTON, DC – SEPTEMBER 30: Sen. Joe Manchin (D-WV) and  Director of the U.S. Domestic Policy Council Susan Rice exit a closed-door meeting at the U.S. Capitol on September 30, 2021 in Washington, DC. Manchin has stated that he will not support a social policy spending package that goes over $1.5 trillion, at odds with the $3.5 trillion package supported by more liberal Democrats. (Photo by Drew Angerer/Getty Images)

Psaki also said she would not negotiate from the podium – a comment often heard from the White House amid discussions with Democratic lawmakers on Biden’s agenda.

Biden flipped his stance on the Hyde Amendment in 2019 after pressure from fellow 2020 Democratic contenders. One day after his campaign reaffirmed his support for the amendment, the president came out and declared he could “no longer support an amendment that makes that right dependent on someone’s ZIP code.”

The president appears to be putting the ball squarely in Democratic lawmakers’ court on the issue. With Biden unwilling to take a firm stance on whether or not to include the Hyde Amendment, it’s up to Democrats in his party to agree to a solution.

Senate Majority Whip Dick Durbin, who didn’t rule out signing a bill with the amendment, expressed concern over the subject. He told CNN on Sunday that he’s seen countless “major pieces of legislation founder on this issue” throughout his Senatorial career. (RELATED: Hyde Amendment Disagreements Threaten To Permanently Derail Biden’s Big Spending Bill)

“I don’t want to say anything now to jeopardize the negotiations, but I hope that we’ll keep in perspective that what we’re trying to do is going to have a positive impact on families and children,” Durbin said. “And we should move toward that goal together. We’ve got to find ways to deal with this issue, honestly, but I hope it is not the decisive issue when it comes to the future of this package.”