A bipartisan group of U.S. senators sent a letter to President Joe Biden on Tuesday urging the expulsion of 300 Russian diplomats if Russia does not issue more visas for American diplomatic personnel in Russia.

The letter was signed by both parties’ leaders in the Senate Intelligence and Foreign Relations Committees, including Republicans Marco Rubio (R-FL) and Jim Risch (R-ID) and Democrats Mark Warner (D-VA) and Bob Menendez (D-NJ). 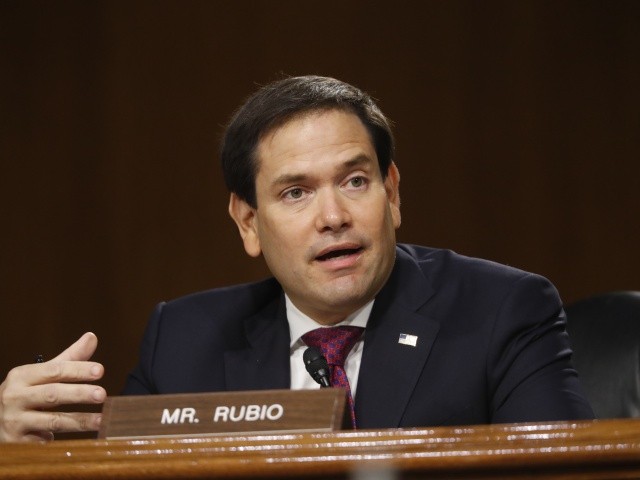 The senators noted that Russia unilaterally imposed a hiring freeze on U.S. embassy staff August 1, compromising the embassy’s ability to represent U.S. interests in Moscow and making it difficult to “meet the consular needs of Americans who live in, work in, or travel to Russia.”

“Russia has long counted locally hired Russian staff at U.S. Embassy Moscow as ‘American diplomats.’ U.S. acceptance of this characterization, across multiple administrations, and its incorporation into the calculation of relative diplomatic presences has resulted in there being more than 400 Russian diplomats spread throughout the United States, while the complementary U.S. diplomatic presence in Russia now numbers only about 100 Americans,” the letter to Biden noted. 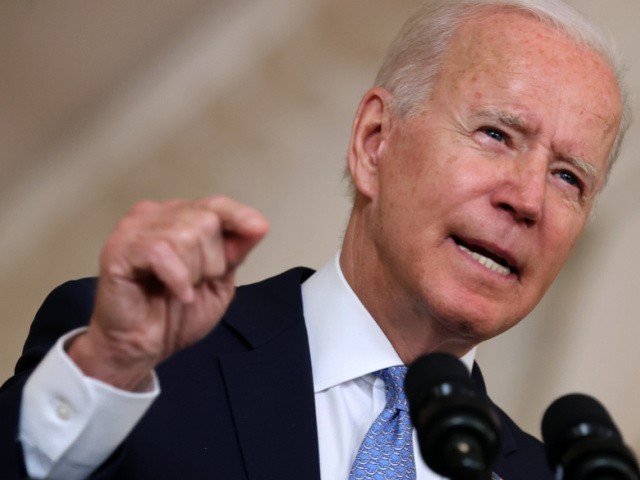 U.S. President Joe Biden delivers remarks on the end of the war in Afghanistan in the State Dining Room at the White House on August 31, 2021 in Washington, DC. (Photo by Chip Somodevilla/Getty Images)

Russia imposed the freeze on U.S. embassy personnel in August after complaining about the “expulsion” of 24 Russian diplomatic personnel, ostensibly because Washington had “abruptly tightened visa-issuing procedures.”

The U.S. State Department responded that Russia’s characterization of the situation was “inaccurate” because the Russian personnel were not being expelled; instead, their three-year visas were expiring and they were free to request extensions.

“It is unfortunate because these measures have a negative impact on the US Mission to Russia’s operation, potentially on the safety and security of our personnel, as well as our ability to engage in diplomacy with the Russian government. I will say that we reserve the right to take appropriate response measures to Russia’s actions,” State Department spokesman Ned Price said in August, language the senators’ letter to Biden would duplicate two months later.

Many observers speculate the diplomatic spat between Washington and Moscow actually began in April, when the U.S. did expel ten Russian diplomats, accusing them of cyberespionage and election interference.

Sanctions against several Russian companies and dozens of individuals were announced at the same time. Many of the sanctions targets were accused of participating in the massive SolarWinds attack, in which a software company with customers including the State Department, Pentagon, and Department of Justice was breached by suspected state-sponsored hackers.