Two U.S. citizens banned from leaving China by the country’s government since 2018 were released over the weekend and returned to America on Sunday just 48 hours after the U.S. Justice Department arranged for the release of Huawei executive and Chinese national Meng Wanzhou from Canadian detention, the Wall Street Journal (WSJ) reported Tuesday.

Siblings Victor Liu and Cynthia Liu, both in their 20s, arrived in the U.S. on September 26, the newspaper reported, citing the confirmation of an unnamed U.S. State Department official. The Massachusetts-based siblings were effectively trapped in China over the past three years after finding themselves “subject to a vague ‘exit ban,’” imposed by the Chinese government. “The pair had faced no allegations of wrongdoing in the country and were free to move around China, just not leave it,” according to WSJ.

The Liu siblings are the adult children of Liu Changming, “a former senior executive at China’s state-owned Bank of Communications Co., who is a fugitive from China and one of the country’s most wanted men,” the newspaper revealed on Tuesday. Recalling Liu Changming’s colorful history, WSJ wrote:

The elder Mr. Liu was the top Communist Party official at the bank’s Guangzhou branch. Chinese prosecutors accuse him of making around $1.4 billion in illegal loans, according to reporting about him in the country’s government-run media. He went missing between late 2007 and early 2008, when he failed to report for a new role in the company.

Cynthia and Victor Liu are the daughter and son of Liu Changming, a businessman wanted on fraud charges in China. The siblings went to China in June 2018 to visit relatives but were barred from leaving.https://t.co/oydjgw5iik

Chinese police lifted travel restrictions on the Liu siblings in September “in light of progress in an investigation into their parents’ cases,” Chinese Foreign Ministry spokeswoman Hua Chunying told reporters at a press conference on September 28. She claimed the decision was the result of an “independent judicial procedure” when asked if it was connected to the case of Huawei Chief Financial Officer Meng Wanzhou.

The WSJ‘s anonymous U.S. State Department source told the newspaper on September 28 Washington welcomes the return of the Liu siblings. The official added that “consular officials in Shanghai handled the matter and that the U.S. opposes the use of coercive exit bans.”

The Chinese government imposes “exit bans” on foreign nationals as part of its arbitrary enforcement of local laws, the U.S. State Department warns in its official travel advisory for China.

The People’s Republic of China (PRC) government “uses arbitrary detention and exit bans to: compel individuals to participate in PRC government investigations, pressure family members to return to the PRC from abroad, influence PRC authorities to resolve civil disputes in favor of PRC citizens, and gain bargaining leverage over foreign governments,” according to the advisory. 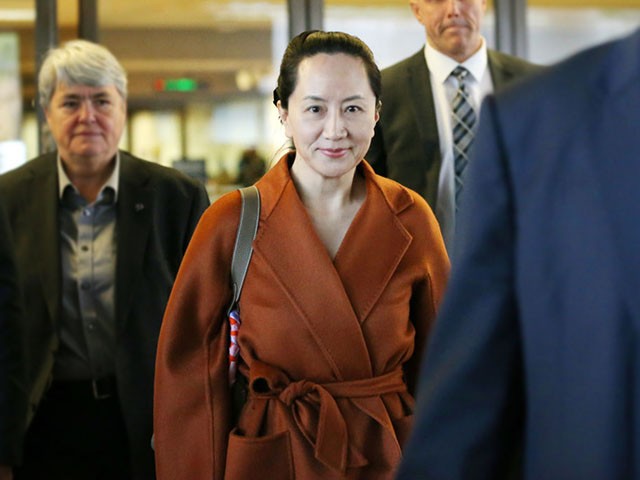 “In most cases, U.S. citizens only become aware of an exit ban when they attempt to depart the PRC, and there is no reliable mechanism or legal process to find out how long the ban might continue or to contest it in a court of law,” the U.S. State Department writes.

The U.S. government’s description of China’s “exit ban” calls to mind the Federal Bureau of Investigation’s (F.B.I.) Terrorist Screening Database, which includes a special subset known as the “no-fly list.” That list names people “subject to a more restrictive ban on flying in American airspace, even if a search of their bodies, carry-on bags and luggage turns up nothing suspicious,” the New York Times reported in April.

The newspaper was profiling the recent lawsuit of a man “accusing the F.B.I. of violating his due process rights by barring him from air travel and giving him no meaningful opportunity to challenge their decision.”

“The most recent publicly available data on the no-fly list, from 2016, showed about 81,000 people on it, according to the government. About 1,000 of those were American citizens or lawful United States residents who are protected by the Constitution,” the Times noted.