Anti-Brexit activists gathered in Manchester ahead of the Conservative Party Conference to denounce what they called “zombie” nationalism and the supposed fascism of Brexit Britain.

In what was promised to be one of the “biggest” anti-Brexit protests since 2019, only around 200 Remainer activists braved the cold and the rain on Saturday to call for the UK to “rejoin” the European Union. Speakers denounced global supply chain issues as a result of Britain leaving the EU, despite similar driver shortages being witnessed in Belgium — the seat of power for the bloc.

Professor of physiology at Sheffield University Richard Bentell, who described himself as a “proud European”, said: “To be a European is to be determined that the conflicts between the ethnicities and nations of Europe will never again reduce our continent to rubble.

“To be a European is to celebrate the long peace at the end of the Second World War, to recognise that it must not be taken for granted. It is fragile and needs to be nurtured, because, believe me, the spectre of nationalism, no matter how often we strike it down is like a zombie. It can rise from the dead very easily.”

That the European Union was responsible for peace in Europe after the Second World War is a common trope among remainers, with claims typically playing down the Cold War, the role of NATO, and Western Germany being militarily occupied by the United States and the United Kingdom for decades. 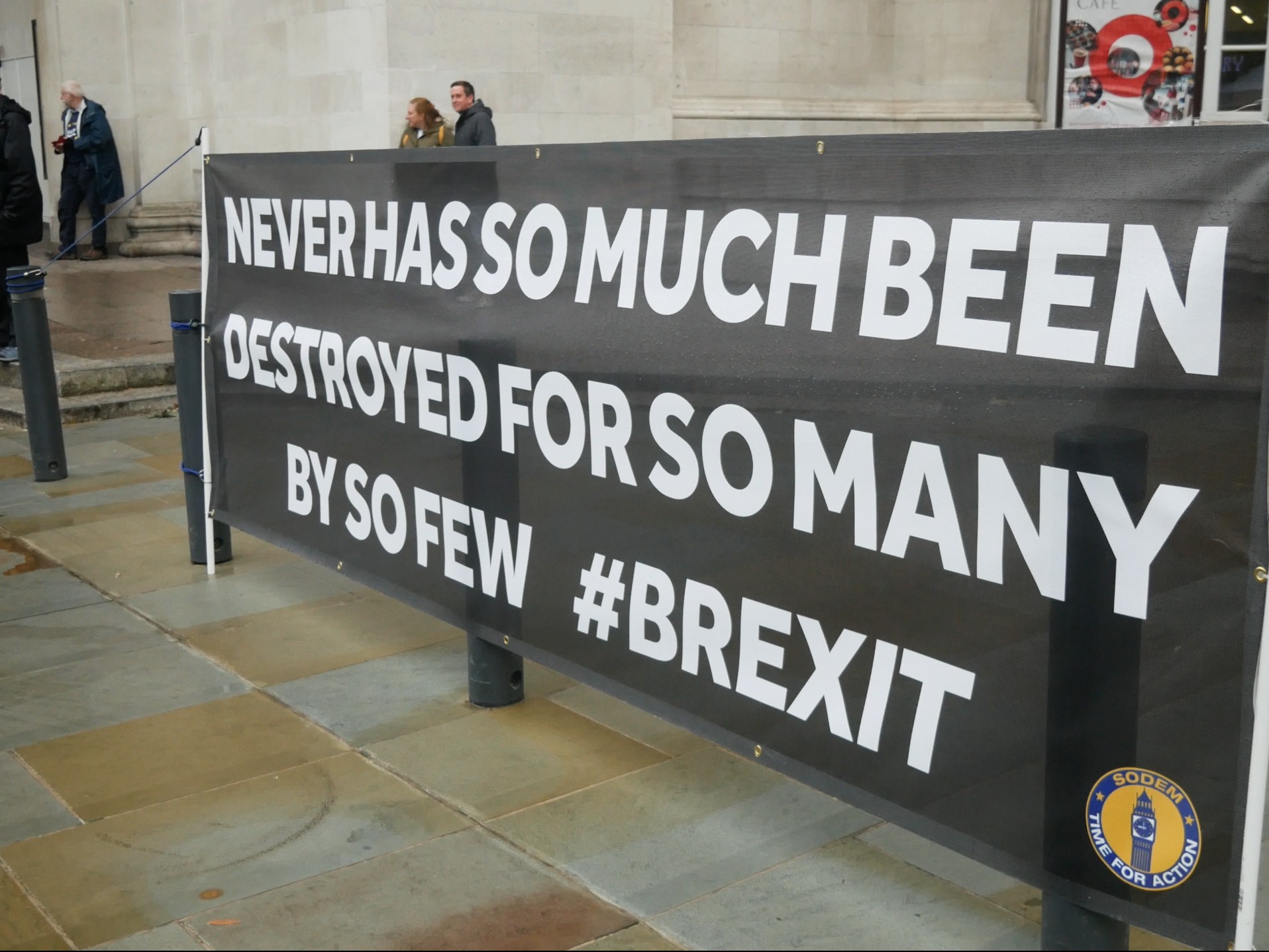 Prominent anti-Brexit activist, Femi Oluwole said that it concerns about human rights which first drew him to the Remainer campaign in 2016.

“When I started fighting Brexit in 2016, it wasn’t because of economics, it was because I was terrified about what would happen to human rights if the Tories were left to themselves.

“How are things looking now? Dominic Raab said that he wants to scrap the Human Rights Act, that he doesn’t believe in economic and social rights and said that feminists are some of the worst bigots… he’s now our Justice Minister!”

“They produced a race report on racism in the UK that was so bad, the United Nations said that it normalises white supremacy.

Oluwole also highlighted Priti Patel’s controversial Policing Bill, which has been criticised by the left and the right, saying: “They’ve got a new law that will effectively ban protests by setting noise limits, so yes, it turns out that it was correct to worry about what would happen to human rights in the UK under the Tories outside of the EU. ” 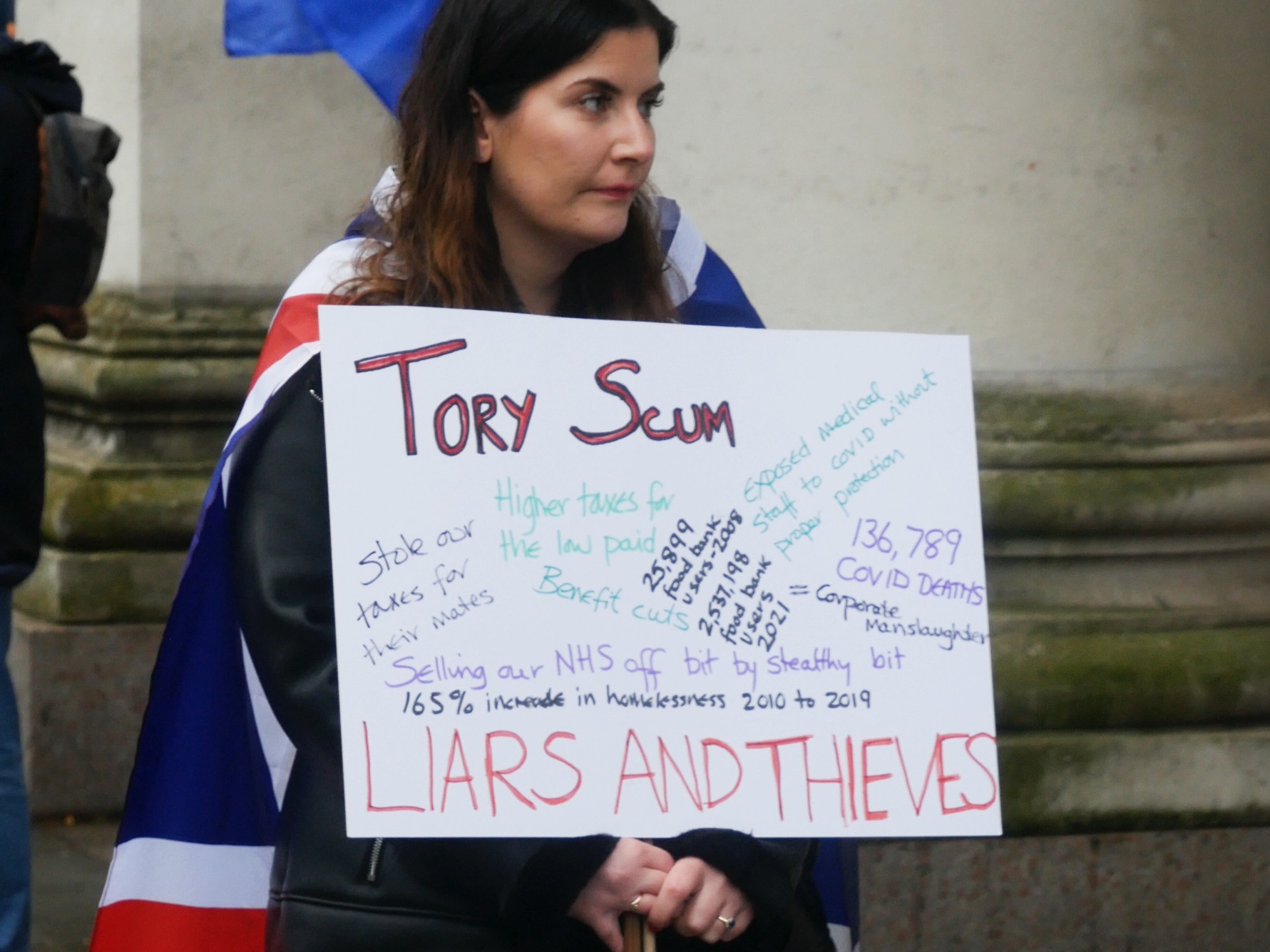 The infamous ‘Stop Brexit’ Steve Bray said that Brexit has taken the UK “down the path where we are heading into a fascist country, a UKIP Conservative mix taking Britain down the road of fascism. Priti Patel would have been a great Stasi officer. 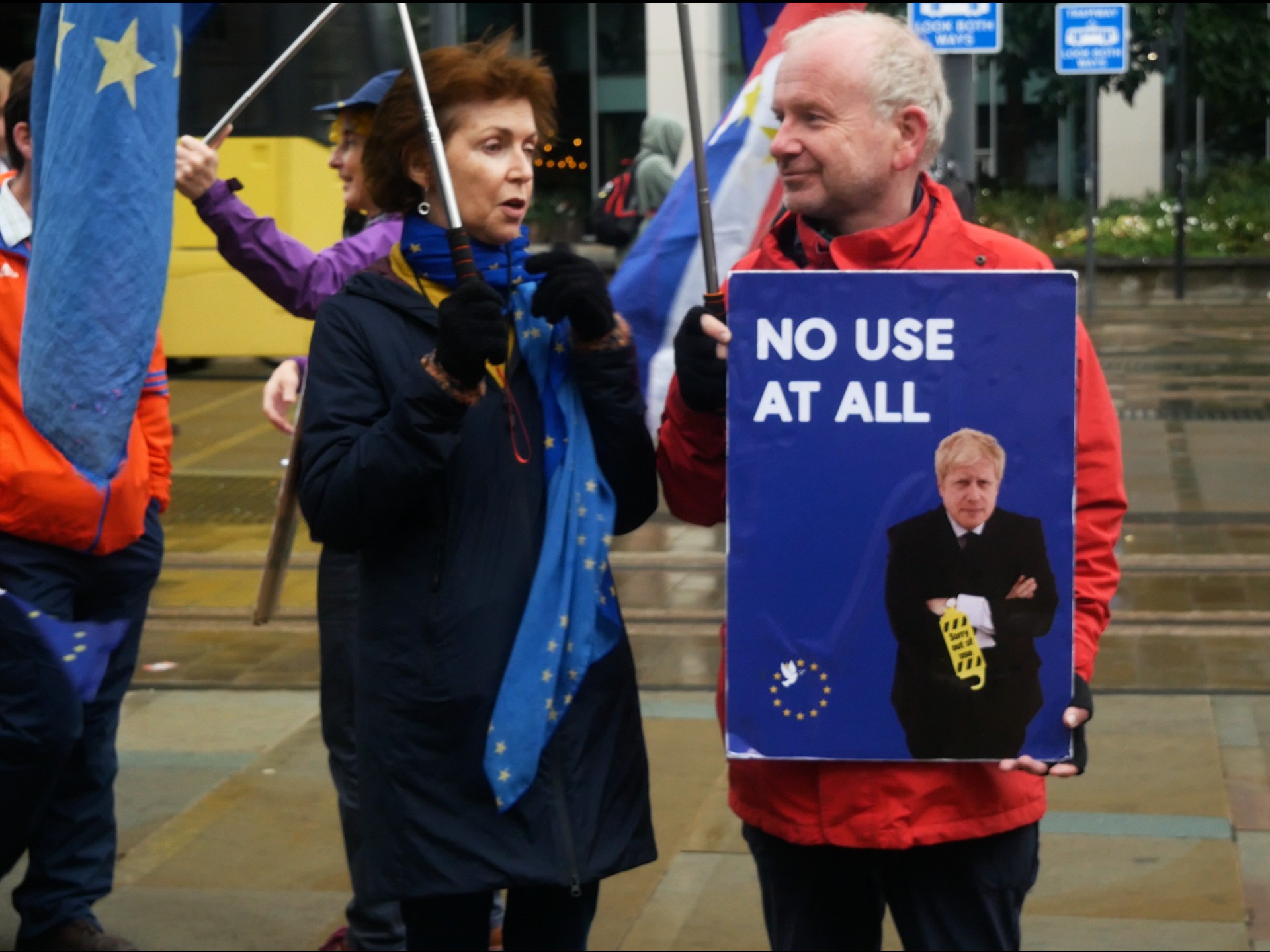 Another theme of the demonstration was the call for electoral reform, notably on Britain’s first past the post voting system. Interestingly, calls have also come from the right for the introduction of proportional representation, including from the rebranded Brexit Party, Reform UK.

The Tory Party has been branded “the most successful political party in the world” with only four leaders failing to win at least one election in its 200-year history, in part due to the first past the post system. In contrast, the Labour Party, which was founded in 1900, has only seen four leaders actually win an election.

The current system has effectively prevented smaller political parties, such as UKIP and the Brexit Party on the political right and the Green Party and Liberal Democrats on the left from securing meaningful representation in Parliament in portion to the number of votes which they secure throughout the country.

Delingpole: Britain’s ‘Conservative’ Government Is Like an Abusive Partner… https://t.co/SE6PBulFQF