A. Sutherland – AncientPages.com – Thousands of years ago, a god-like race known as Tuatha de Danann – the people of the gods of Dana as they were called – came through the air to Ireland. 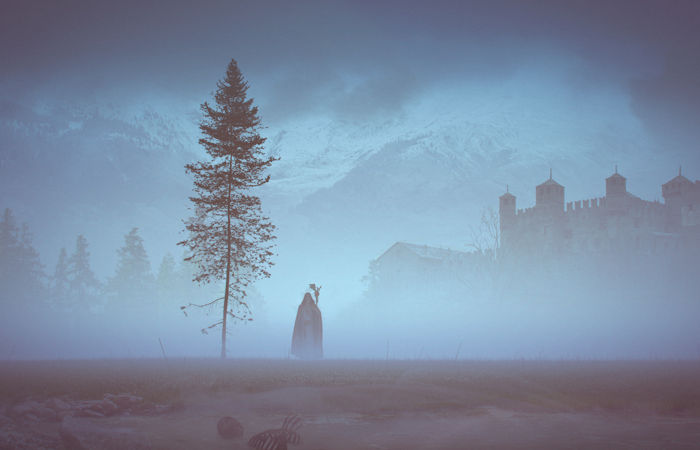 They came from the north, where they had four cities located on four islands in the North. In these legendary cities – great Falias, and shining Gorias, and Finias, and rich Murias located to the south – Tuatha de Danann fought their battle for learning.

In “The story of the Tuatha de Danaan,” Lady I. A. Gregory writes that “in those cities they had four wise men to teach their young men skill and knowledge and perfect wisdom: Senias in Murias; and Arias, the fair-haired poet, in Finias; and Urias of the noble nature in Gorias; and Morias in Falias itself. And they brought from those four cities their four treasures: a Stone of Virtue from Falias, that was called the Lia Fail, the Stone of Destiny; and from Gorias they brought a Sword; and from Finias a Spear of Victory; and from Murias the fourth treasure, the Cauldron that no company ever went away from unsatisfied…” 1

However, some sources state that Tuatha de Danann brought the treasures from the Celtic Otherworld. Each and one of the sacred items were unique, identified with an element, and possessed magical powers.

According to a late medieval Irish manuscript, “Yellow Book of Lecan” (1391 and 1401), the four treasures were: Lia Fáil Stone, the Spear of Lugh, the Sword of Nuada, and the Cauldron of the Dagda. 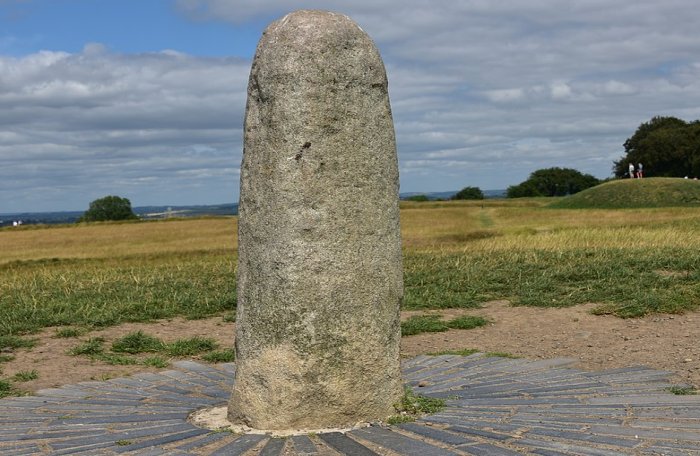 The Stone of Destiny (Lia Fáil) at the Hill of Tara, once used as a coronation stone for the High Kings of Ireland. Image credit: August Schwerdfeger – CC BY 4.0

From Falias was brought the stone of Fal (Lia Fal) – the stone of Destiny, which was believed to be located near the hill of Tara in County Meath and called the name of every king of Ireland. It was also claimed to keep Ireland above the waves and sea level. The master of his wisdom was Morfessa (or Fessus) of Falias

The Lia Fáil was thought to be magical: when the rightful High King of Ireland put his feet on it, the stone was said to roar in joy. The stone could also rejuvenate the king and endow him with a long and successful reign. According to Lebor Gabála Érenn, (literally “The Book of the Taking of Ireland”), known in English as The Book of Invasions, Cúchulainn split it with his sword when it failed to cry out under his protégé, Lugaid Riab nDerg; also a legend says that it happened once again at the coronation of Brian Boru in 1002.

The second treasure of the Danaans was the invincible sword of Lugh of the Long Arm, which came from the city of Findias. It was also called the “Spear of Victory” and was identified with fire. It had properties similar to the Sword of King Nuada – when thrown, it momentarily hit its target. 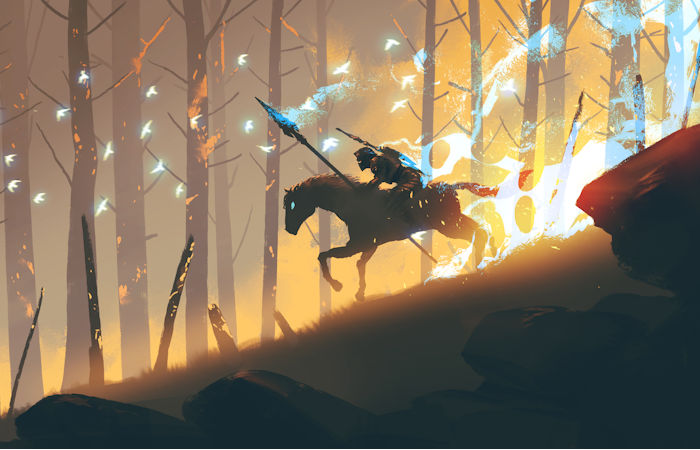 However, Lugh possessed not only the Invincible Spear but also several magical weapons. It is said that the Lugh’s Spear never missed its target and was so bloodthirsty it would often try to fight without anyone wielding it. The weapon was blazingly hot and became hotter the longer it was used. It was stored in a vat of water at night to keep it from catching fire and scorching the earth.

The Lugh of the Long Arms (sometimes, “Long Hands” or even “Artful Hands”) was the Celtic sun god associated with crafts and smiths, who worked with fire, and his weapons were considered to have magical powers.

The magical spear was forged by The Blacksmith of Falias for Lugh to use against Balor. The one who held it won every battle – neither the army nor the hero ever resisted it.

This magical weapon, known as the “Sword of Light” (claideb/claiomh solais) is also one of the lost Four Treasures of Tuatha de Danann. It was made in the northern city of Gorias, one of Tuatha de Danann’s legendary cities, ruled  by a master of wisdom, Uiscas, who was crafted the sword.

No one ever escaped from it once it was drawn from its sheath, and no one could resist it. The Tain legend also describes the sword as “Nuadu’s Cainnel”—a glowing bright torch. 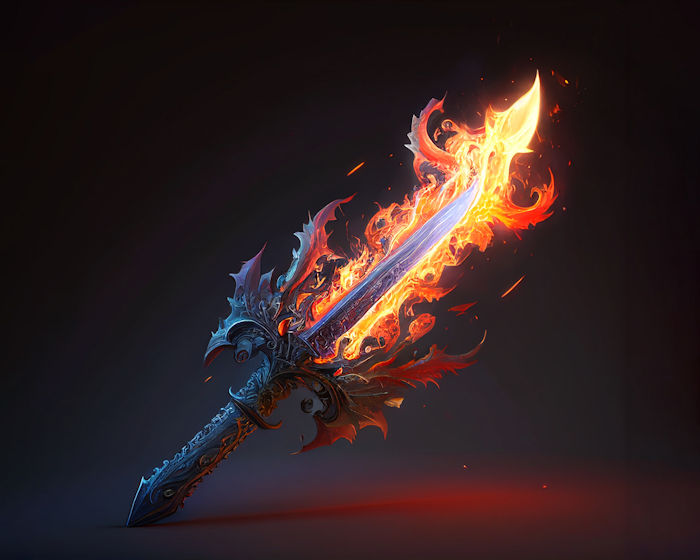 The sword was brought to Ireland by King Nuada of the Tuatha de Danann, who became famous when he led his people in the Battle of Moytura (Cath Maige Tuired, meaning ‘the plain of pillars/ towers’) against the Fir Bolg, who ruled Ireland at the time. We do not know the true meaning of the magical “Sword of Nuada”  but based on some interpretations and the sword’s obvious abilities (stabbing, cutting, slicing), it may symbolize justice, law, and truth.

It can also mean the punishment of Ireland’s enemies during conflict.

However, the sword’s light or shining can be considered as “enlightenment, illumination “: sacred wisdom and knowledge.

The Cauldron Of The Dagda

Celtic myths and legends mention many magic vessels. One known as the “Cauldron of the Dagda” or the Cauldron of Plenty, or Undry, was a magical vessel that never ran dry because it was bottomless. It provided a never-ending supply of food and drink to all who deserved it. It was also a great treasure of the Tuatha Dé Danann. 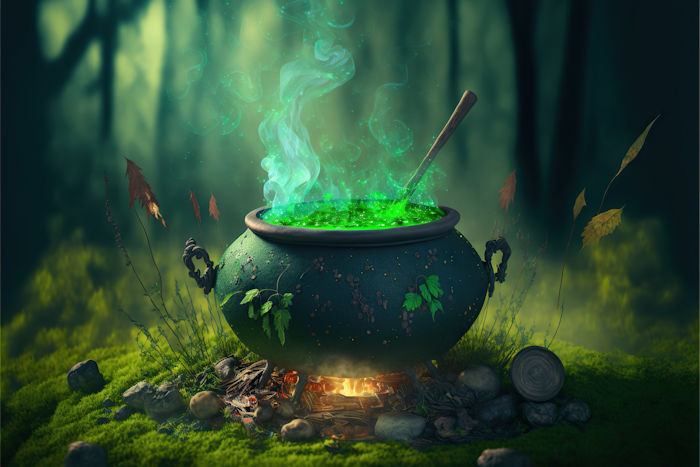 The magical cauldron, which was the fourth treasure of Tuatha de Danann, also had another ability; it could revive dead warriors.  Therefore, it served as a tool to provide rebirth and regeneration. The Cauldron of Dagda – made in the city of Murias – was one of the special attributes of Dagda – “Good God” (also “Great Father’ and the “Mighty One of Knowledge.” Dagda was considered the greatest of the Irish gods.

It was said that no company ever went away from Cauldron (coire) of the Dagda unsatisfied.

Daimler M., The Treasure of the Tuatha De Danann

Share
Facebook
Twitter
Pinterest
WhatsApp
Previous article
Uncovering The Sweet Origins Of Candy Around the World
Next article
How has the inside of the Earth stayed as hot as the Sun's surface for billions of years?
- Advertisement -