Here’s How Joe Manchin, Kyrsten Sinema Fare In Their Own States

Both Sens. Joe Manchin of West Virginia and Kyrsten Sinema of Arizona have seen their approval ratings slide in their home states in recent months, a new poll shows.

While Manchin’s approval has fallen from 42% in late March to 41% now, Sinema’s has fallen from 48% to 42% over the same time frame, according to a Morning Consult survey released Monday. The two are the only Democratic senators who have vocally objected to numerous provisions in President Joe Biden’s $3.5 trillion spending package, leading to a months-long standoff with those in their party’s left wing over its size, scope, and prioritization relative to the bipartisan infrastructure bill.

Both their declines are driven overwhelmingly by Democratic voters. While Sinema held a 67% approval among Arizona voters in her own party in March, it now stands at just 46%.

Manchin’s approval among Democrats has fallen from 59% to 48% over the same period, while his and Sinema’s support among Independents has fallen one and five points, respectively. Both their approvals among Republicans, however, have jumped amid their holding out the bill that makes up most of Biden’s domestic agenda, with Manchin’s GOP support climbing from 37% to 44% and Sinema’s increasing from 34% to 43%. 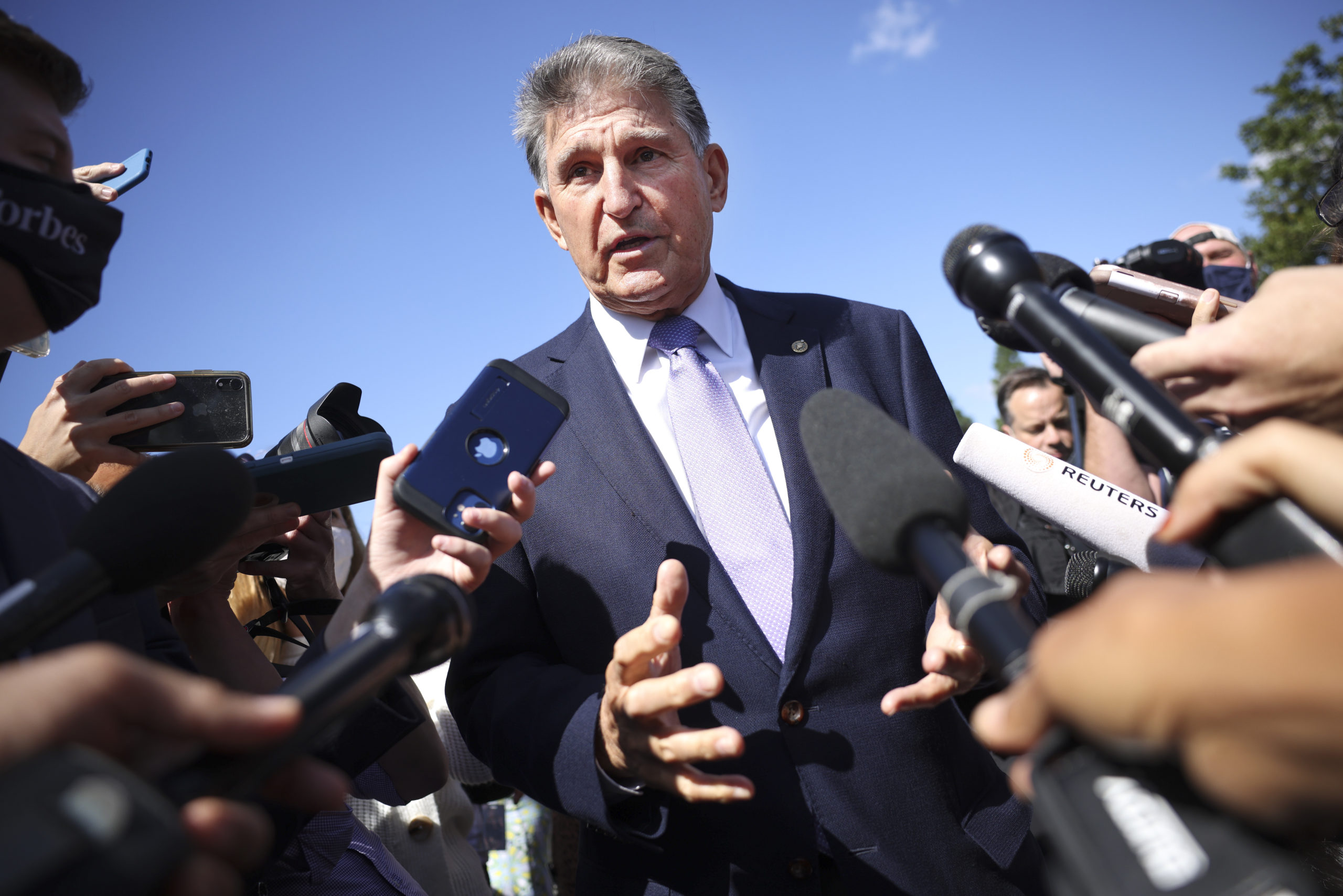 Sen. Joe Manchin speaks to reporters outside of the Capitol on Thursday. (Kevin Dietsch/Getty Images)

Though the two Democratic moderates hold similar approvals in their home states and are both up for reelection in 2024, they face very different electorates. Biden was the first Democrat to carry Arizona since former President Bill Clinton in 1996, and the competitive state is slowly trending to the left. (RELATED: Congressional Democrats Hold An Eight-Point Lead Over Republicans Ahead Of The Midterms, But There’s A Catch)

West Virginia, meanwhile, is one of the most Republican states in the country; while Manchin won reelection by four points in 2018, former President Donald Trump won the state by almost 40 in 2020, making the state’s senior senator the only Democrat who can conceivably win a state-wide race in the Mountain State.

The Morning Consult survey was conducted from July 1-Sept. 30 among 8,057 voters in Arizona and 2,727 voters in West Virginia. The margins of error are 1% and 2%, respectively.