Iberdomide monotherapy or in combination with anti-CD20 antibodies was well tolerated and found to elicit encouraging responses in patients with relapsed or refractory lymphoma. 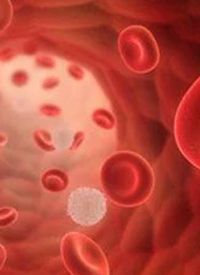 Iberdomide (CC-220) monotherapy or in combination with anti-CD20 antibodies was well tolerated and found to elicit encouraging responses in patients with relapsed or refractory lymphoma, according to data from an ongoing open-label, phase 1/2 study (NCT04464798) presented at the 2022 ASH Annual Meeting.

Notably, 6 of the 12 patients previously treated with CAR-T therapy achieved a CR with study treatment; 1 of these patients experienced a PR.

In her presentation, Catherine Thieblemont, MD, lead study author and head of the hemato-oncology department of Hôpital Saint-Louis in Paris, France, explained iberdomide’s function as a cereblon E3 ligase modulator (CELMoD) and the newly understood function of these drugs on cereblon to enhance tumor degradation: “What we have learned recently about cereblon is that cereblon has 2 states: an inactive open state and an active closed conformation, and these drugs… will drive these states from the open state to a closed conformation,” she said.

Patients diagnosed with relapsed/refractory lymphoma who were at least 18 years of age and who had been previously treated with 2 or more lines of therapy were eligible for the study. Patients were also required to have measurable disease per Lugano 2014 criteria and an ECOG performance status of 0 to 2.

The primary end point of the trial was to establish he maximum tolerated dose (MTD) and the recommended phase 2 dose of iberdomide alone and in combination with either rituximab or obinutuzumab. Secondary end points included safety, pharmacokinetics, and efficacy.

In the total population, the median patient age was 67.5 years (range, 28-83); 69% of patients were male. Regarding disease, 39% had aggressive B-cell NHL; of these patients, 20% previously received CAR T-cell therapy and 15% had prior lenalidomide (Revlimid). Moreover, 24% of patients had follicular lymphoma 1 to 3a, 15% had marginal zone lymphoma, and 22% had other.

Regarding Ann Arbor disease stage at diagnosis, 17% had stage I/II disease and 80% had stage III/IV disease. The median number of pior regimens received was 4 (range, 1-12). In terms of ECOG performance status, most patients (85%) had a status of 0 to 1, and the remainder (13%) had a status of 2.

Overall, 72% of safety-evaluable patients (n = 54) experienced a grade 3 or 4 AE, with the majority being hematological events. Fifty percent of patients experienced neutropenia, and they were treated with granulocyte colony–stimulating factor. Other hematological adverse effects of the same grade include anemia (17%), thrombocytopenia (15%) and febrile neutropenia (6%). Some patients also experienced any-grade constipation (22%) and diarrhea (19%).