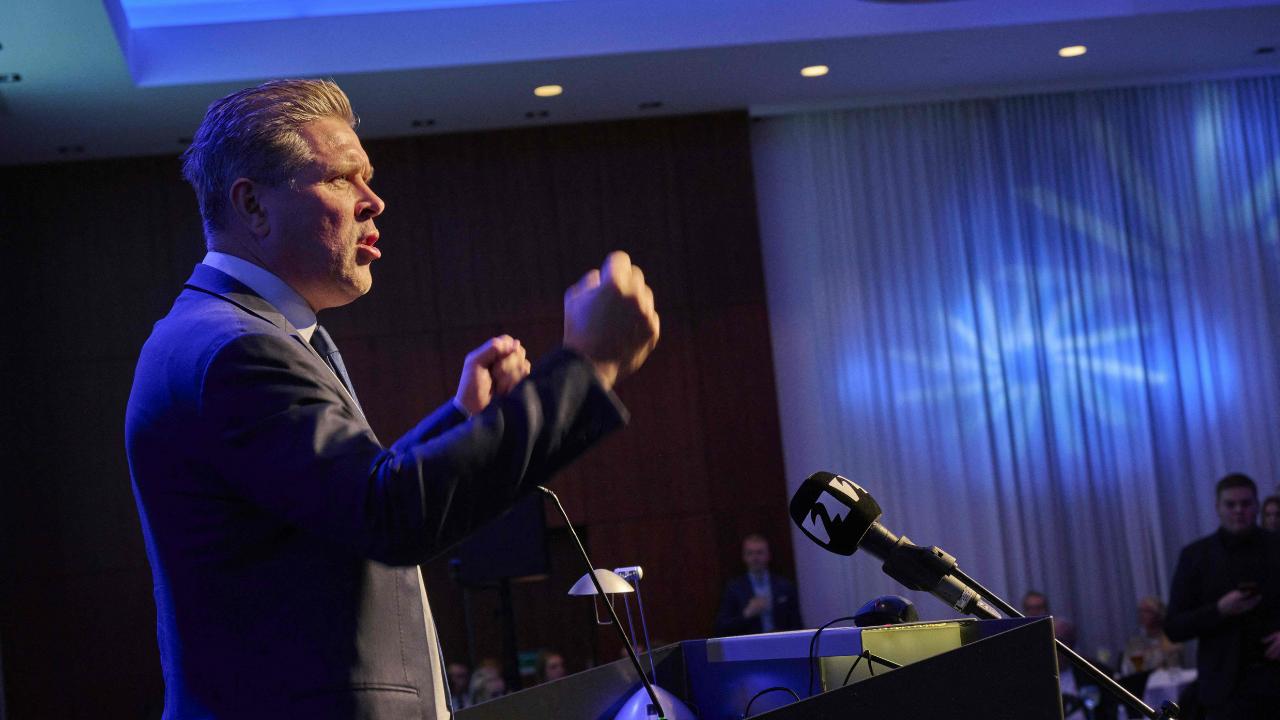 Iceland’s Finance Minister, leader and top candidate of the Icelandic Independence Party Bjarni Benediktsson speaks to party delegates in Iceland’s capital Reykjavik, on September 25, 2021, during the country’s parliamentary elections to elect members of the Althing. | AFP

Voters in Iceland have cast their ballots in the country’s parliamentary polls, with healthcare and climate change the main topics of concern.

The results are expected to be announced on Sunday morning after voting closed at 10 p.m. on Saturday, following which counting of the ballots began, reports Xinhua news agency.

Up to 50,000 people, or just over 19 per cent of those on the electoral roll, have already voted, Icelandic public broadcaster RUV said.

According to a Gallup poll on September 24, the three governing parties, namely the Independence Party, the Progressive Party and the Left-Green Movement, could have a combined 50 percent of support with 35 of 63 seats in parliament.

Nine parties are likely to be represented.

Parliament in Iceland is composed of 63 members and elected every four years unless dissolved sooner.

The non-EU country with a population of around 370,000 held its last parliamentary election in 2017.

Katrin Jakobsdottir, leader of the Left-Green Movement, won that election to become prime minister and is seeking re-election.

(To receive our E-paper on whatsapp daily, please click here. We permit sharing of the paper’s PDF on WhatsApp and other social media platforms.)