'It's Just Not OK' — Harry and Meghan Assail Wealth, Power and Privilige in Vaccine Push

Prince Harry and Meghan Markle strode to center stage in New York City’s Central Park on Saturday afternoon to urge wealthy nations with power and privilege to share their good fortune by expediting distribution of the coronavirus vaccine to those less fortunate.

The couple also pushed multinational pharmaceutical firms to waive their intellectual property rights in order to expand releases in countries with low access to the jab.

“The way you’re born should not dictate your ability to survive,” the Duke of Sussex told the crowds.

The two were appearing at the 24-hour Global Citizen Live event in NYC to push for a worldwide vaccine policy after earlier visiting U.N. headquarters for a meeting with Deputy Secretary-General Amina Mohammed. 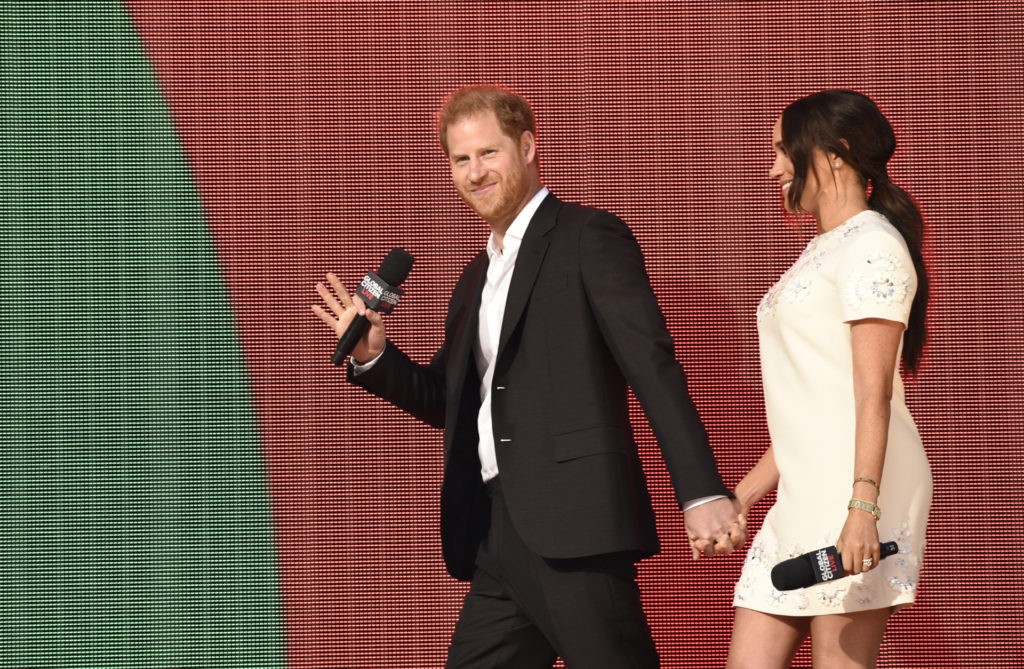 Prince Harry, the Duke of Sussex, left, and Meghan, the Duchess of Sussex appear at Global Citizen Live in Central Park on Saturday, Sept. 25, 2021, in New York. (Photo by Evan Agostini/Invision/AP) 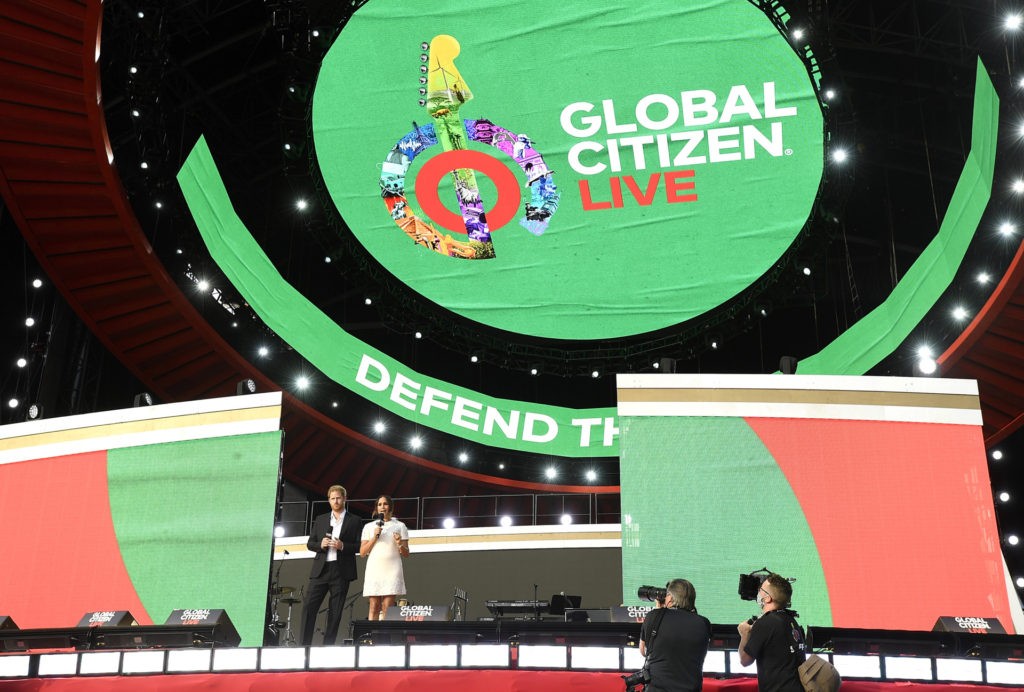 Prince Harry, the Duke of Sussex, left, and Meghan, the Duchess of Sussex speak at Global Citizen Live in Central Park on Saturday, Sept. 25, 2021, in New York. (Evan Agostini/Invision/AP)

Harry was first off with his plea for the common man and woman by retelling conversations with vaccine experts:

They said many countries are ready to produce vaccines at home yet they aren’t allowed to because ultra-wealthy pharmaceutical companies are not sharing the recipes to make them.

These countries have the means, the ability and the workers to start manufacturing. All they are waiting for is the vaccine intellectual property to be waived and the vaccine technology to be transferred over.

He then told the crowd that because “many of these vaccines were publicly funded” they therefore belong to them, “They are your vaccines, you paid for them.”

He added: “We’re battling more than the virus alone, this is a battle of misinformation, bureaucracy, lack of transparency and lack of access and, above all, this is a human rights crisis.”

Prince Harry Makes Climate Plea: ‘What If Every One of Us Was a Raindrop?’ https://t.co/fy5Q2mCmCc

Meghan Markle added her voice by telling the gathered admirers “every single person on this planet has a fundamental right to get this vaccine.”

She cautioned: “It is wrong that so much of the vaccine supply has only gone to just 10 wealthy nations so far and not everyone else. It’s just not OK,” before warming to her theme of life’s unfairness and the need for the corporate world to do more:

These experts shared that how the vaccine is distributed, and who it’s distributed to, should be left to independent international organisations who know exactly where the doses are most needed.

Just think about the millions of vaccines that have been discarded this year. That’s like throwing away life vests, when those around you are drowning.

The earlier visit by the pair to U.N. headquarters, despite their lack of diplomatic standing, was described by Meghan as “a lovely meeting.” 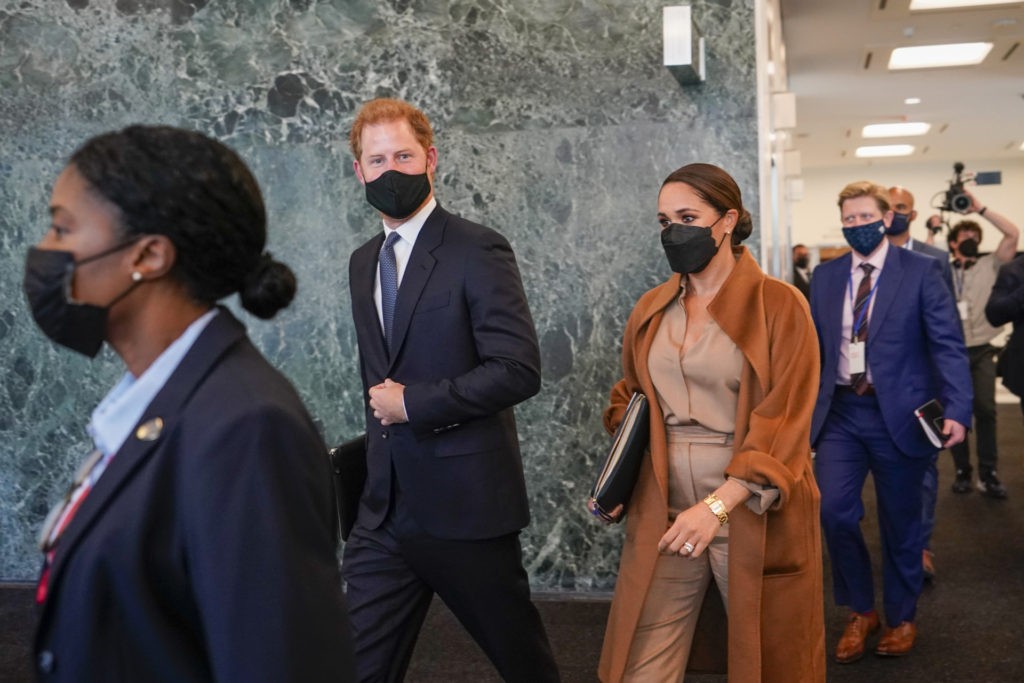 Prince Harry and Meghan, the Duke and Duchess of Sussex are escorted as they leave the United Nations headquarters after a visit during 76th session of the United Nations General Assembly, Saturday, Sept. 25, 2021. (AP Photo/Mary Altaffer)

The two were transported around NYC for the day in a fleet of three SUVs that carried them from their accommodation at the luxury Carlyle Hotel on Manhattan’s Upper East Side.

Their schedule this week also included a visit to the One World Trade Center where they posed for photos with Gov. Kathy Hochul and Mayor Bill de Blasio before heading down to the 9/11 Memorial.