Ellen Lloyd – AncientPages.com – Jack o’ Legs was an interesting and kind individual who met a sad end. Locals tell his body is buried in the graveyard of the Holy Trinity church in Weston, UK. Two stones that are 14 feet apart mark the end and foot of his grave. Some say Jack o’ Legs was so tall people had to bend him before placing him in his grave.

Enduring stories of the 14-foot Hertfordshire giant Jack o’ Legs have been passed down through generations, and there is something truly captivating about this tall man who, according to a legend, lived in a cave in a wood at Weston near the Medieval town of Baldock. 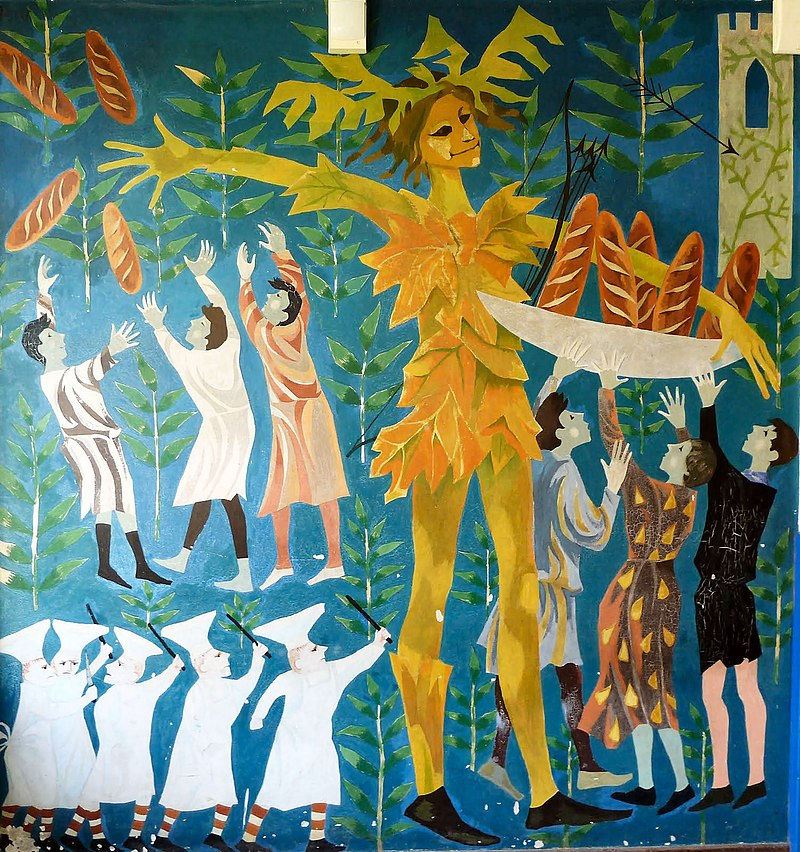 As the legend tells, Jack o’ Legs, who used to steal from the rich and give to the poor, was a well-liked person in the village, which is why he is so often called Hertfordshire’s Robin Hood.

It’s unknown exactly when Jack o’ Legs lived, but it was hundreds and hundreds of years ago. The poem Speak Parrot written by John Skelton in 1521 mentions that “the gibbett of Baldock was made for Jack Leg.” Since Baldock was founded c. 1148 it’s logical to assume the life of Jack o’ Legs can be traced to this time period.

With his height and strength, Jack o’ Legs could scare even the bravest men and it was not particularly difficult for him to prey on the rich and give the loot to the poor.

However, one year there was a poor harvest and Baldock bakers raised the price of flour. This made Jack o’ Legs angry because the poor could no longer afford the price the bakers were demanding. So one day, Jack o’ Legs took the matter into his own hands and went straight to the market and overturned their stalls. Later, Jack o’ Legs hid at the top of his hill and waited for the bakers who used this road on their way home.

When the giant saw them coming, he pounced them hard, stole their flour, and gave everything to the poor locals. The Hertfordshire giant did this repeatedly until one day the bakers had enough and decided to deal Jack o’ Legs once and for all. The bakers planned their revenge carefully. One day the bakers laid in wait for him caught the surprised giant and took him to Baldock where they tied him up and blackened out his eyes.

The decision had been made and Jack o’ Legs was going to be executed. The giant knew he could not escape, and before being murdered, he asked if they could grant him one last wish. The bakers agreed and Jack o’ Legs “asked to be pointed in the direction of Weston so he could shoot an arrow with his bow. Wherever the arrow landed, that is where he wanted to be buried.

The bakers gave him a huge bow that no one else was strong enough to pull, and he shot his bow over three miles away, into the churchyard of the Holy Trinity Church, Weston. Some people claimed that the arrow actually first hit the church tower before it came down to the ground.” 1

As always with legends that have been passed down orally, there are other versions of what happened to Jack o’ Legs and who he was. Some suggest the legend is based on a very tall robber who went round Baldock looking in upstairs windows. Being a good person at heart and generous to the less fortunate, he became a local hero.

As time passed, stories about him were more and more exaggerated. The man became taller, stronger, and even more heroic with a bigger bow and arrow. We may never know the entire truth about Jack o’ Legs, but many legends are based on actual events, and Jack o’ Legs was most likely much taller than the average man. Though one can visit his grave, his cave in a wood at the village of Weston has not yet been found, but maybe it will one day.