Afghanistan’s power supply may be cut off in the coming weeks if the Taliban fails to pay outstanding electricity bills due to the country’s main energy providers in Central Asia, the Wall Street Journal reported Sunday.

Afghanistan’s state-owned power company, Da Afghanistan Breshna Sherkat (DABS), has not paid electricity bills issued by its top suppliers in Tajikistan, Turkmenistan, and Uzbekistan since the Taliban seized control of Kabul and DABS on August 15.

DABS liabilities have grown to more than $90 million since August 15 and continue rising, Safiullah Ahmadzai told the Journal. Ahmadzai previously served as DABS COO and later stayed on with the state monopoly after the Taliban took over the company. He acted as DABS CEO until October 3, when he was replaced by a Taliban cleric. 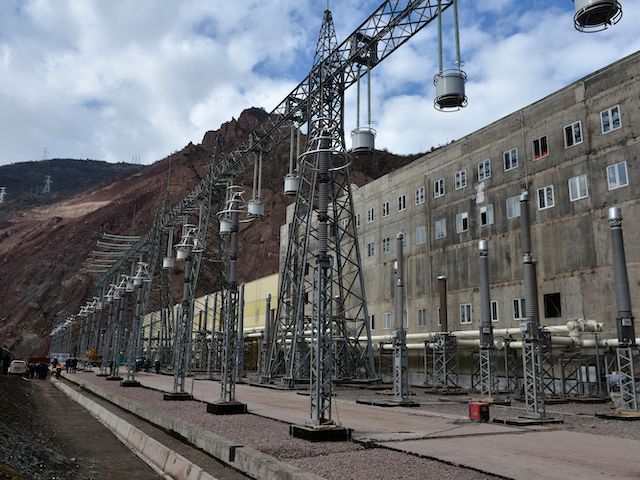 A picture taken on November 14, 2018, shows energy pillars of a hydroelectric dam in Tajikistan that exports electricity to Afghanistan and Pakistan. (AFP via Getty Images)

“Collection from customers, meanwhile, shrunk by 74 percent last month, with only $8.9 million in revenue since Aug. 15,” the newspaper noted on October 3, citing DABS officials.

“With government ministries not paying salaries for months and the banking system paralyzed, many Afghans don’t have the means to pay their power bills. Last year, customers in Kabul accounted for about half of DABS’s $387 million in total revenue,” the Journal revealed, citing company documents.

Ahmadzai estimated that DABS would require a $90 million infusion to “stave off a collapse.”

“Our neighboring states now have the right to cut our power, under the contract,” he admitted. “We are convincing them not to do that and that they will get paid.” 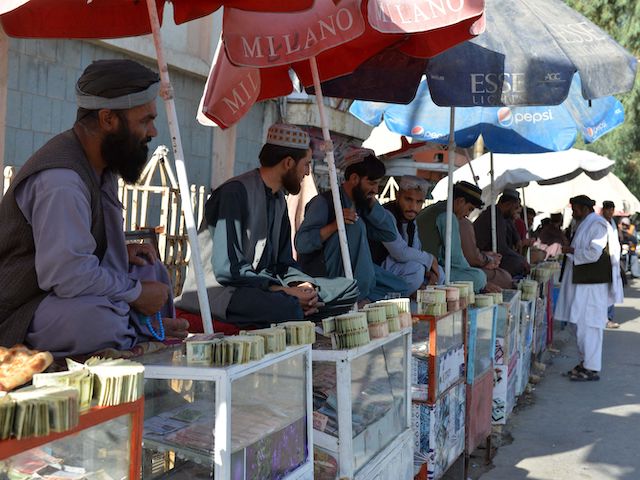 Money changers sit at the currency exchange market along a road in Kandahar on September 20, 2021. (Javed Tanveer/AFP via Getty Images)

Afghanistan relies almost entirely on imported electricity — largely from Central Asia and to a lesser degree from Iran — as the country itself has no national power grid. The nation’s western provinces look to neighboring Iran for imported energy, while Afghanistan’s eastern regions have traditionally called upon Central Asia, especially Tajikistan, for their electricity needs. Afghanistan’s limited domestic production of electricity is made via hydropower stations, though an ongoing drought has effectively halted this supply.

While the international community pledged $1.2 billion in emergency aid to Afghanistan on September 13, the United Nations, which brokered the donation, says it expects to use the funds to provide Afghans with urgently needed basic necessities, such as food, shelter, and medical care.

The international body is unlikely to distribute any of the aid toward settling the Taliban’s debts to Tajik power generators, Ahmadzai predicted on October 3. He suggested to the Journal that it was “up to the Central Asian countries to use the money owed as leverage over the new Taliban regime.”