Legendary Boxer and Philippine Senator Manny Pacquiao announced his retirement from the boxing ring on Wednesday ahead of seeking the Philippine presidency in May 2022.

Pacquiao — who ended his 26-year career with won 12 world titles (eight of which were in separate weight classes), 62 wins, eight losses, and two draws, in addition to knocking out 39 opponents in the process — posted a video on social media saying “goodbye” to boxing. 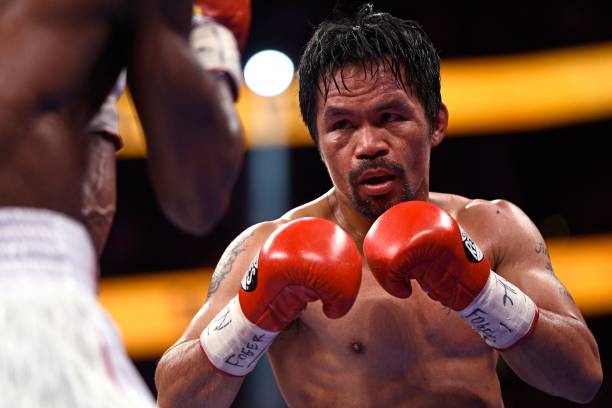 Manny Pacquiao (R) of the Philippines fights against Yordenis Ugas of Cuba during the WBA Welterweight Championship boxing match at T-Mobile Arena in Las Vegas, Nevada on August 21, 2021. – Cuba’s Yordenis Ugas upset Manny Pacquiao to retain his WBA welterweight crown on Saturday, winning by unanimous decision after a bruising 12-round battle at the T-Mobile Arena. (Photo by Patrick T. FALLON / AFP) (Photo by PATRICK T. FALLON/AFP via Getty Images)

“I would like to thank the whole world, especially the Filipino people, for supporting Manny Pacquiao. Goodbye boxing,” the legendary boxer said in his video. “It is difficult for me to accept that my time as a boxer is over. Today I am announcing my retirement.

“Thank you for changing my life. When my family was desperate, you gave us hope, you gave me the chance to fight my way out of poverty,” Pacquiao continued. “Because of you, I was able to inspire people all over the world. Because of you I have been given the courage to change more lives.

“I will never forget what I have done and accomplished in my life,” he added, noting, “I just heard the final bell. The boxing is over.“ 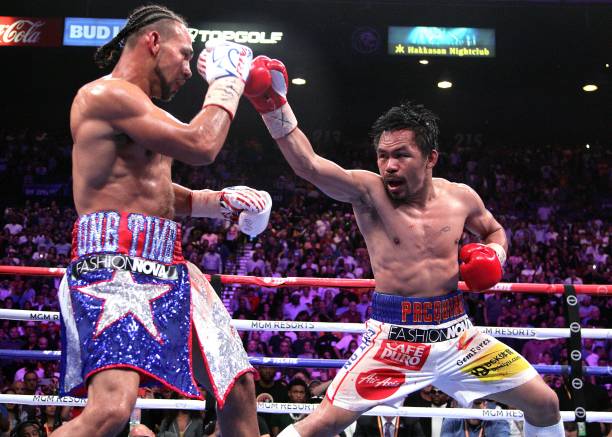 The Associated Press noted that Pacquiao is the only person to win titles in eight separate weight classes. However, the boxer lost his final fight in August, his first loss in two years.

“I boldly accept the challenge of running as PRESIDENT of the Philippines. We need progress. We need to win against poverty,” Pacquiao wrote in a statement on social media. “We need government to serve our people with integrity, compassion, and transparency. The time is now. I am ready to rise to the challenge of leadership.”