Movement Detected in Mountain by Seyðisfjörður 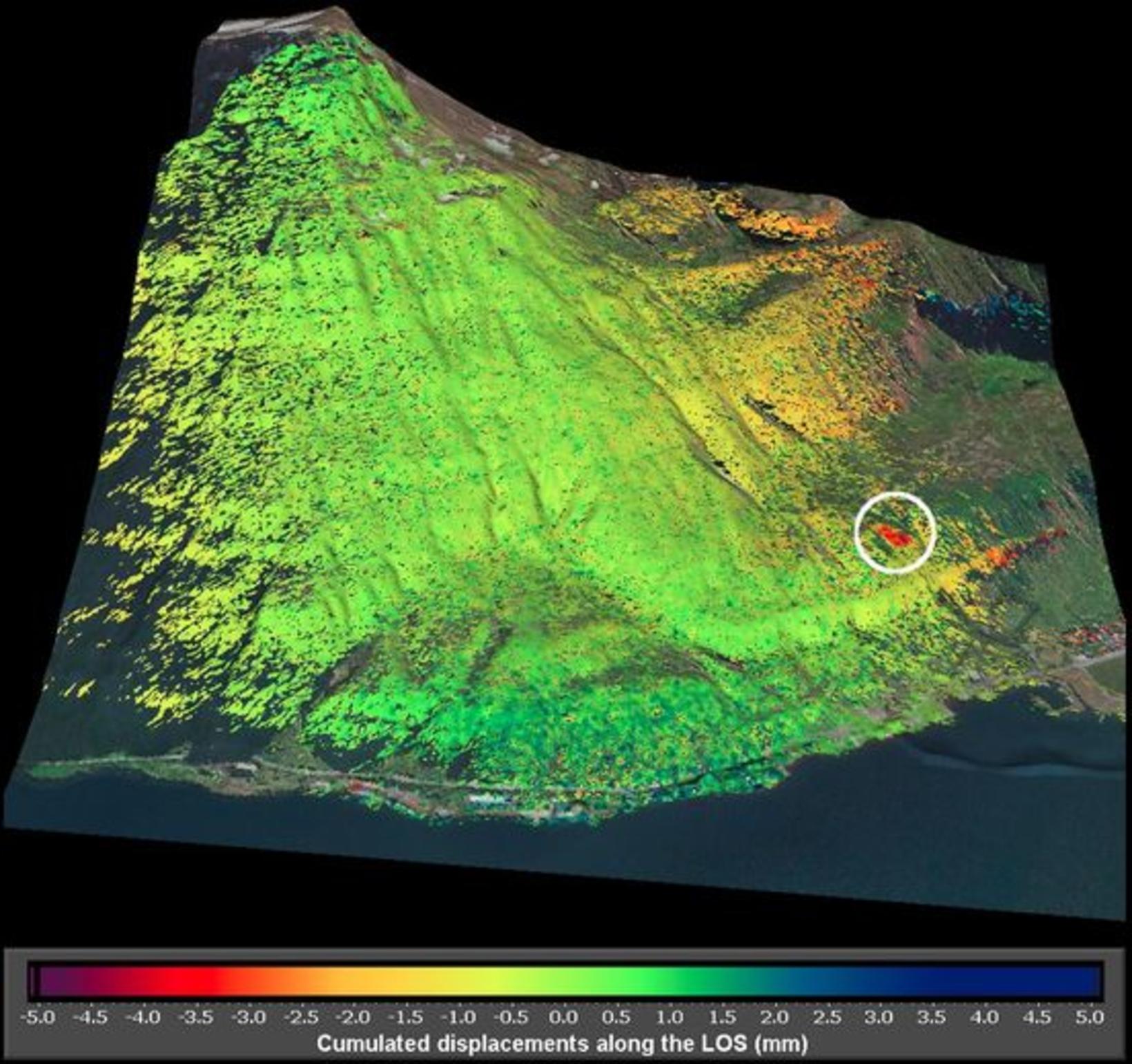 A large slab in the mountain by the town Seyðisfjörður, the East Fjords, is being closely monitored by meteorologists, mbl.is reports. The slab is by Búðará river, at the edge of the wound left by a landslide in the mountain slope in December of last year.

We reported yesterday that Búðará river, which cascades down the mountain, has been lit up to provide a better view of the of it while the risk of landslides continues.

“There are two mirrors located on this slab, and we’ve been measuring their location every half hour ,” Esther Hlíðar Jensen, GIS and hydromorphology specialist at the Icelandic Met Office, stated yesterday. “ From those measurements, we have detected a movement of the mirrors. The movement is slight, but sufficient for our equipment to detect.”

A picture posted on Facebook yesterday shows the movement.

Nine houses in the town remain evacuated since Monday.

When interviewed by mbl.is today, Esther remarked, “This slow movement continues. We still see movement of some millimeters.”

As long as there is no rain in the area, there is no indication the slab is moving faster than before. “Still, we don’t know when it passes a certain fracture point,” she adds, “which is why the evacuation order is still in effect for the area [for nine houses]. The slab will move slowly while there is no rain, at least for now.”

Rain is expected to move into the East Fjords tomorrow.

The evacuation order will remain in effect at least through the weekend.

Meanwhile, the evacuation order that included a total of 12 farms in Kinn and Útkinn, North Iceland, was lifted last night. The farms were evacuated due to numerous landslides in the area.