Mystery Of The Hidden Shoes Discovered In Ancient European Houses – What Is Behind This Bizarre Tradition?

Ellen Lloyd – AncientPages.com – Archaeologists have on several occasions discovered deliberately hidden shoes in ancient European buildings. Different kind of footwear was placed under the floor, above the doorway or inside a chimney. It is also worth noting that hidden footwear has been discovered in private homes, churches, and monasteries.

A majority of the discovered shoes have been worn or repaired, and most finds are of single shoes. It is not so often scientists have come across a pair of hidden shoes. What did people think when they left shoes in the most surprising places? How can such bizarre ancient tradition be explained? 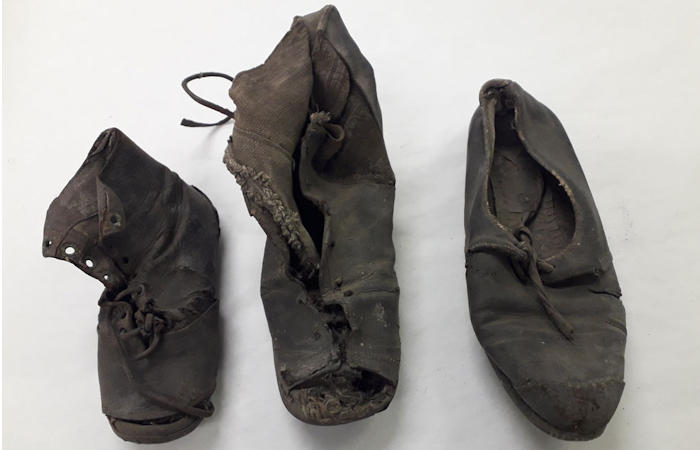 We may never know the entire truth behind these curiosities, but some theories can shed light on our ancestors’ behavior.

In those days when shoes were expensive, it is logical to assume the working class wanted to hide such valuable possessions. Still, it seems the practice of concealing footwear was also a matter of superstition. Hidden shoes could ward off evil supernatural beings such as ghosts, witches, and spirits. In ancient beliefs, witches were said to be attracted by the human scent of a shoe, and after entering, one found themselves trapped, as they were unable to reverse.

“A well worn shoe carries the imprint of human character as the leather moulds to the wearer’s foot. Leading to notions that a person’s spiritual presence resides in the shoe; acting as a protective device against witchcraft. Alternative explanations include an attempt to bestow fertility upon female members of the household, providing luck and good fortune, or perhaps due to the sheer number of children’s shoes – a memorial ritual in grieving the loss of a child.” 1

Shoes were also associated with good luck. For example, in Scotland, “it was the custom for the young couple, with their respective parents and the best man and the best maid, to lead off by dancing the first reel. Should the young couple happen to have either brothers or sisters older than themselves, but unmarried, these unfortunate brethren danced the first reel without their shoes. Probably this has its origin in the old Jewish custom of giving up the shoe or sandal when the right or priority passed from one to another.” 2

Hiding a shoe from the day of the marriage could bring the couple luck and happiness.

The practice of hiding shoes was by no means limited to the European continent. Archaeologists excavating in Egypt have also been scratching their heads trying to solve the mystery of some ancient, deliberately hidden shoes in an Egyptian temple.

The two pairs of children’s shoes were among the seven found concealed in a jar placed into a cavity between two mudbrick walls in a temple in Luxor, site of the ancient city of Thebes.

“Oddly, the shoes were tied together using palm fibre string and placed within a single adult shoe. A third pair that had been worn by an adult was found alongside them. 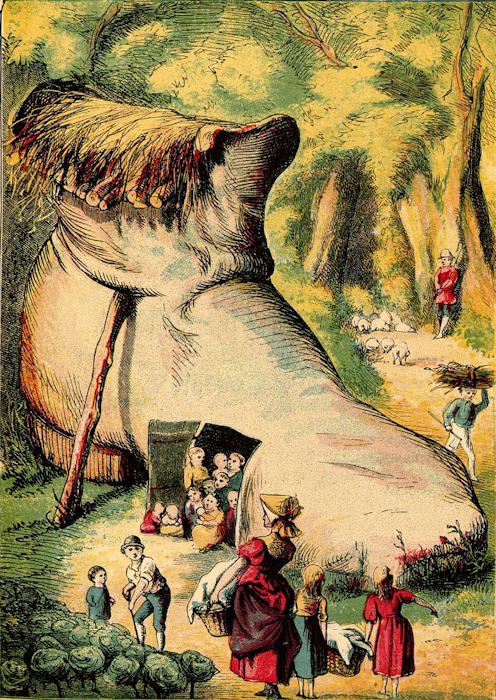 The shoes are extraordinary in many ways. They are ‘relatively expensive’ and have design features that suggest they were produced in Medieval Europe. Who left these shoes in the temple?

So, why were the shoes never retrieved after they were left in the temple just over 2,000 years ago when Egypt was ruled by a dynasty of Greek descent?
These shoes are obviously of foreign origin, as they were concealed at the time when most Egyptians would normally have worn sandals.

One can only speculate what might have happened. Was the shoe owner forced to leave the temple quickly? Was he or she scared to go back and retrieve the shoes?
There are many different possibilities. For the time being, this ancient case remains an unsolved mystery.” 3

The custom of concealing shoes has also been traced to Australia and North America. It was certainly a popular practice that was most likely carried out by superstitious people.