CNN’s Chris Cuomo remained in his primetime anchor chair after making a female producer feel so “threatened,” she requested to be transferred off of CNNLOL’s top-rated show, reports the New York Post.

Melanie Buck was executive producer of “Cuomo Prime Time” from April 2018 but was suddenly replaced by Izzy Povich in March 2020 — shortly before Cuomo melodramatically returned to the world from his basement in the Hamptons following weeks of COVID-19 quarantine.

A CNN insider confirmed Buck went to CNN boss Jeff Zucker and asked to be taken off Cuomo’s show and moved to another department, which he agreed to. The insider denied rumors that Buck was given a significant pay-off to stay silent over her spat with the agitable anchor.

The Post adds: “More than one source told us of Buck, ‘She felt threatened.’”

Let’s remember what was going on at the time.

CNN’s Chris Cuomo has admitted to groping a woman while working at ABC News. https://t.co/fVikmPyn33

In March of 2020, Cuomo’s show was the top-rated program on CNNLOL. Forget about how bad his ratings were when compared to MSNBC and Fox News. Forget about how humiliatingly awful Fredo’s ratings are today. In March of 2020, Melanie Buck was the executive producer on CNNLOL’s top-rated show … and Cuomo reportedly made her feel so threatened and bullied, she gave up that job.

So she went from the executive producer of CNN’s top-rated show to working at CNN’s streaming service, which hasn’t even launched.

But Fredo still has his job. 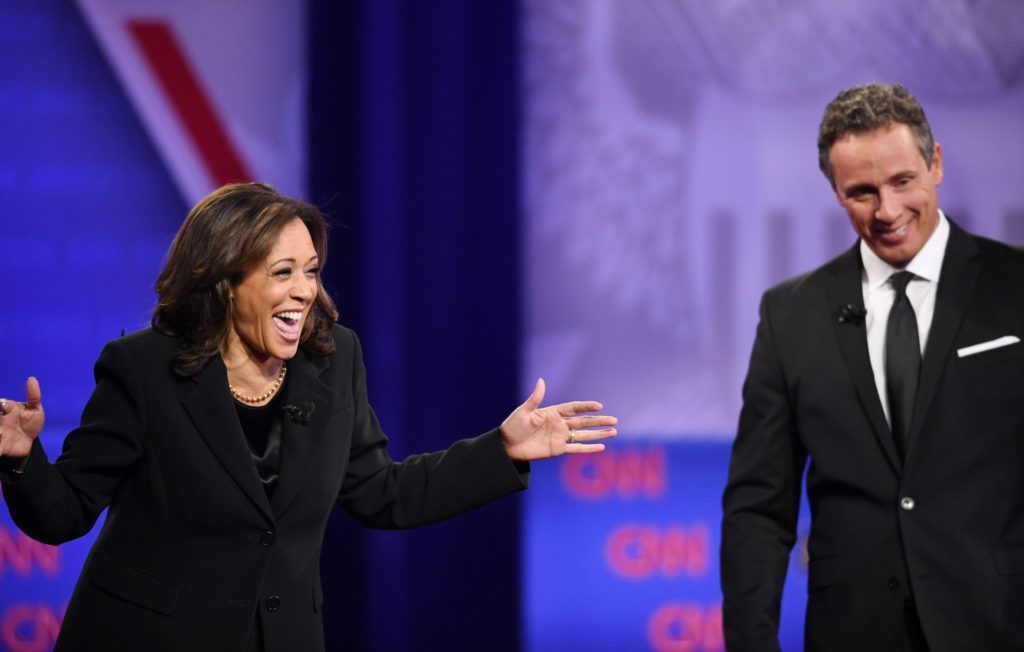 Democratic presidential hopeful Kamala Harris (L) laughs on stage alongside CNN moderator Chris Cuomo during a town hall devoted to LGBTQ issues hosted by CNN and the Human rights Campaign Foundation at The Novo in Los Angeles on October 10, 2019. (ROBYN BECK/AFP via Getty)

This seems like a good time to update our rundown of things that will NOT get you fired at CNNLOL. Yep, you can keep your anchor job at CNNLOL, even after you…

Just another reminder that CNNLOL has no moral or ethical standards. You can treat women like meat, lie, stage fake news stories, and still keep your job.

Democrats sure got it good.