Older Than Dracula: In Search Of The English Vampire

AncientPages.com – The story of Count Dracula, as many of us know it, was created by Bram Stoker, an Irishman, in 1897. But most of the action takes place in England, from the moment the Transylvanian vampire arrives on a shipwrecked vessel in Whitby, North Yorkshire, with plans to make his lair in the spookily named Carfax estate, west of the river in London. 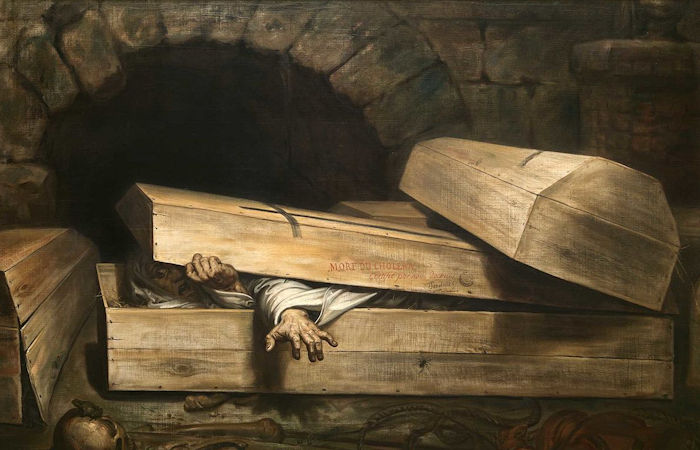 But Dracula wasn’t the first vampire in English literature, let alone the first to stalk England. The vampire first made its way into English literature in John Polidori’s 1819 short story “The Vampyre”. Polidori’s vampire, Lord Ruthven, is inspired by a thinly disguised portrait of the predatory English poet, Lord Byron, in Lady Caroline Lamb’s novel Glenarvon (1816). So the first fictional vampire was actually a satanic English Lord.

It is nearly 200 years since this Romantic/Byronic archetype for a vampire emerged – but what do we know about English belief in vampires outside of fiction? New research at the University of Hertfordshire has uncovered and reappraised a number of vampire myths – and they are not all confined to the realms of fiction.

The Croglin Vampire reputedly first appeared in Cumberland to a Miss Fisher in the 1750s. Its story is retold by Dr Augustus Hare, a clergyman, in his Memorials of a Quiet Life in 1871. According to this legend, the vampire scratches at the window before disappearing into an ancient vault. The vault is later discovered to be full of coffins that have been broken open and their contents, horribly mangled and distorted, are scattered over the floor. One coffin only remains intact, but the lid has been loosened. There, shrivelled and mummified – but quite intact – lies the Croglin Vampire. 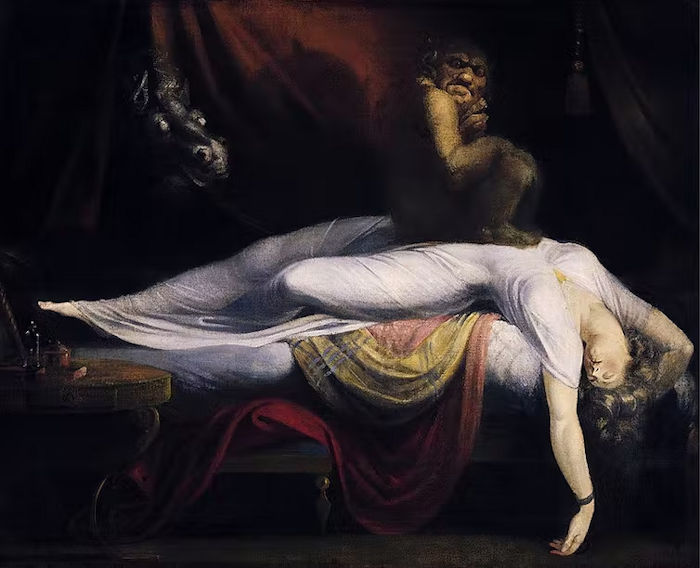 Elsewhere in Cumbria, the natives of Renwick, were once known as “bats” due to the monstrous creature that is said to have flown out of the foundations of a rebuilt church there in 1733. The existence of vampire bats, which sucked blood wouldn’t be confirmed until 1832, when Charles Darwin sketched one feeding off a horse on his voyage to South America in The Beagle. The creature in Renwick has been referred to as a “cockatrice” – a mythical creature with a serpent’s head and tail and the feet and wings of a cockerel – by Cumbrian County History. But it’s the myth of the vampire bat that has prevailed in the surrounding villages and is recorded in conversations in local archives and journals

What picture emerges then in this history of the English vampire? The Croglin Vampire has never been verified – but it has an afterlife in the 20th century, appearing as The British Vampire in 1977 in an anthology of horror by Daniel Farson, who turns out to be Stoker’s great-grandnephew.

But there is one case that has no connection to fiction, the little-known Buckinghamshire Vampire, recorded by William of Newburgh in the 12th century. Historical records show that St Hugh, the Bishop of Lincoln, was called upon to deal with the terrifying revenant and learned to his astonishment, after contacting other theologians, that similar attacks had happened elsewhere in England.

St Hugh was told that no peace would be had until the corpse was dug up and burned, but it was decided that an absolution – a declaration of forgiveness, by the church, absolving one from sin – would be a more seemly way to disable the vampire. When the tomb was opened the body was found to have not decomposed. The absolution was laid inside on the corpse’s chest by the Archdeacon and the vampire was never again seen wandering from his grave.

The Buckinghamshire revenant did not have a “vampire” burial – but such practices are evidence of a longstanding belief in vampires in Britain. Astonishingly, the medieval remains of the what are thought to be the first English vampires have been found in the Yorkshire village of Wharram Percy. The bones of over 100 “vampire” corpses have now been uncovered buried deep in village pits. The bones were excavated more than half a century ago and date back to before the 14th century. They were at first thought to be the result of cannibalism during a famine or a massacre in the village but on further inspection in 2017 the burned and broken skeletons were linked instead to deliberate mutilations perpetrated to prevent the dead returning to harm the living – beliefs common in folklore at the time.

The inhabitants of Wharram Percy showed widespread belief in the undead returning as revenants or reanimated corpses and so fought back against the risk of vampire attacks by deliberately mutilating their own dead, burning bones and dismembering corpses, including those of women, children and teenagers, in an attempt to stave off what they believed could be a plague of vampires. This once flourishing village was completely deserted in the aftermath. 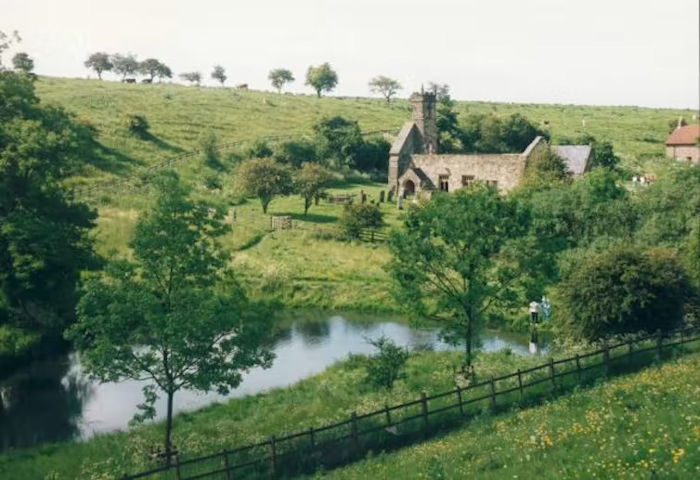 ‘Vampire graves’ have been found at the abandoned village of Wharram Percy in Yorkshire. Paul Allison via Alchemipedia, CC BY

Just recently at an ancient Roman site in Italy the severed skull of a ten-year-old child was discovered with a large rock inserted in the mouth to prevent biting and bloodsucking. Then skull belongs to a suspected 15th-century revenant which they are calling locally the “Vampire of Lugano”.

There has been a wealth of other stories from the UK and other parts of Western Europe – but, despite this, thanks to the Dracula legend, most people still assume such practises and beliefs belong to remote parts of Eastern Europe. But our research is continuing to examine “vampire burials” in the UK and is making connections to local myths and their legacy in English literature, many years before the Byronic fiend Count Dracula arrived in Yorkshire carrying his own supply of Transylvanian soil.

Provided by The Conversation

This article is republished from The Conversation under a Creative Commons license. Read the original article.