A sarcophagus belonging to ancient Egyptian priest Psamtik is now on display in Dubai as part of Egypt’s pavilion at the Dubai Expo 2020.

This colorful coffin is amongst the many that were uncovered in a recent excavation in the Saqqara necropolis region by the archaeological mission of the Supreme Council of Antiquities. Psamtik, ‘the son of Pediosir’, had his coffin decorated with a large amulet of a falcon’s head, which displays the goddess ‘Nut’ spreading her wings while holding feathers of justice from the Goddess ‘Maat’. Several incantations are inscribed at the center of the sarcophagus, with two ‘Was’ deities to each side holding scepters. At the lower part are symbols of the jackal-headed god of the dead, Anubis, shown welcoming the deceased into the afterlife.

Several modern replicas of King Tutankhamun’s treasures have also arrived at the pavilion for display, including replicas of his sarcophagus, iconic golden mask, a guardian statue, and his throne. 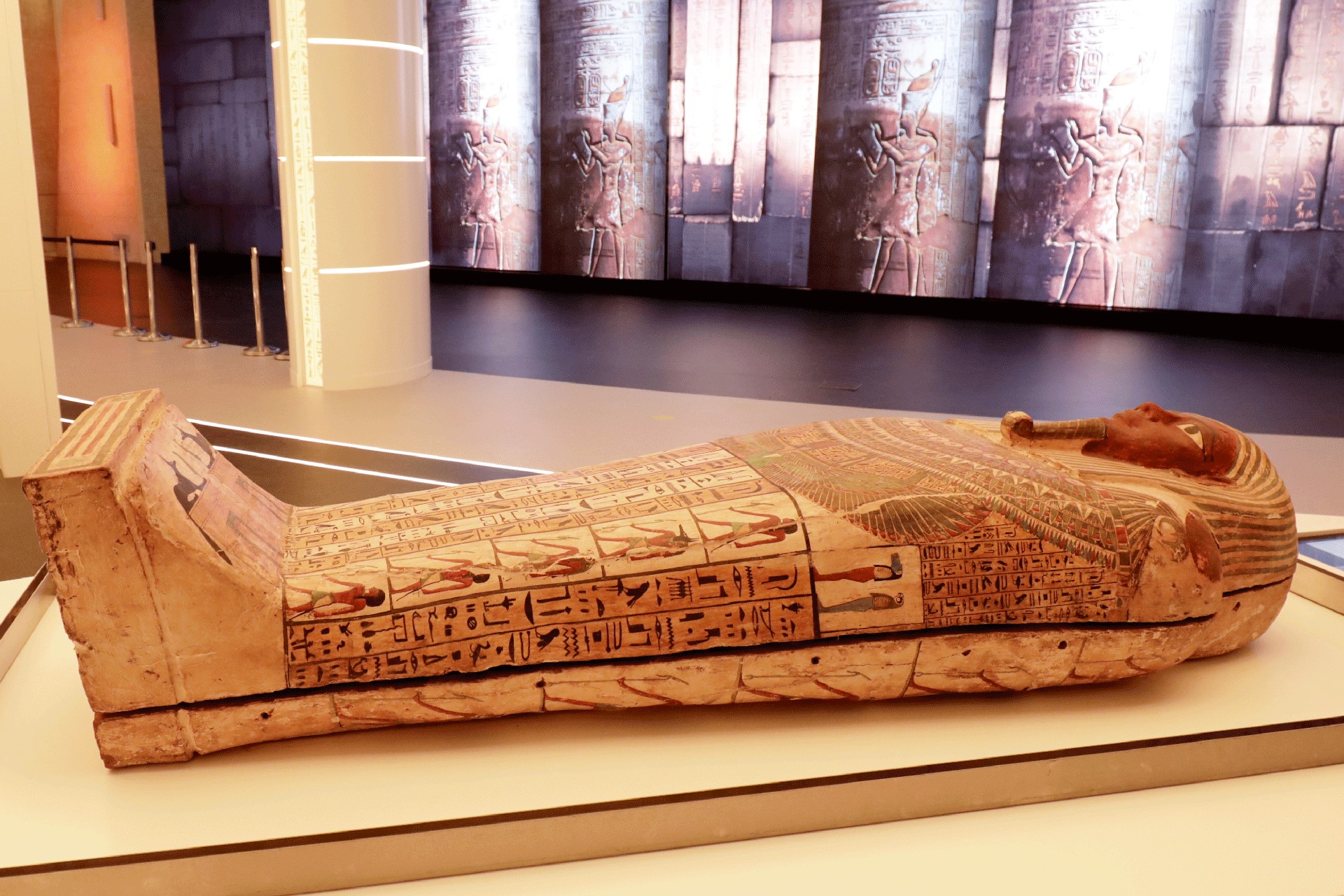 The ancient Egyptians put great work into making sarcophagi, which held immense religious significance due to being the final resting place for mortal remains after a body is prepared for judgment in the next world.

These artifacts have been transferred as a result of Egypt’s desire to ensure its pavilion is a rousing success, one that proudly displays the nation’s role as among the world’s top tourist and archaeological destinations.