A group of protesters descended on an Apple store in New York City on Saturday, blasting the company for its production in China associated with forced labor in Xinjiang province and the Uyghur genocide.

The protesters gathered in front of the store on the corner of 67th and Broadway in Manhattan’s Upper West Side at 3:00 p.m., holding “Divest Uyghur Genocide” signs.

They chanted, “What do we want? Justice for Uyghurs. When do we want it? Now!” and informed passing pedestrians of the alleged links between Apple and China’s industrial slavery practices. 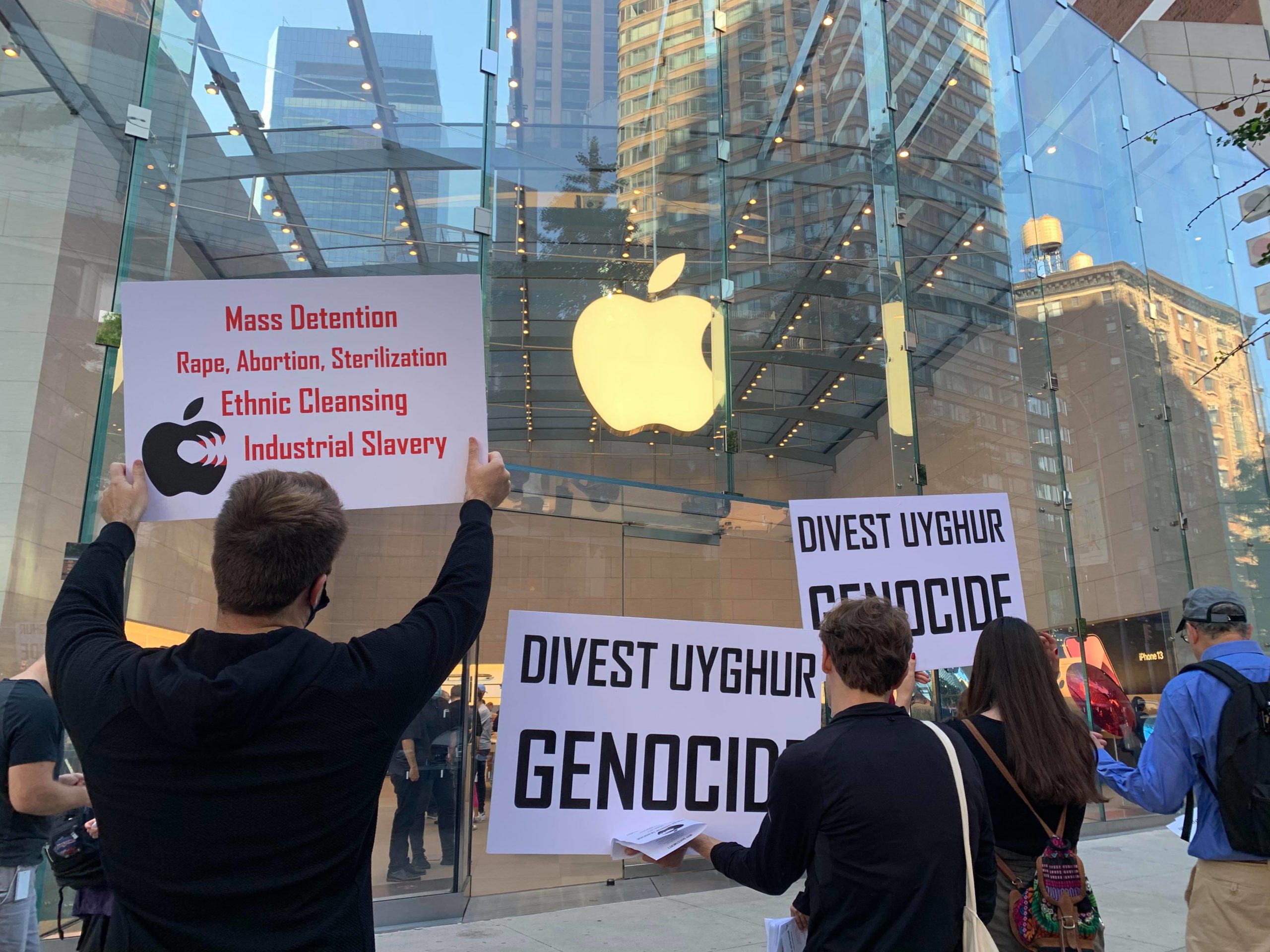 “Apple has chosen to embed itself in a slave state — a state notorious for its concentration camps and slave labor. That’s a disgrace,” Philip Hamburger, a protester, told the Daily Caller.

Both the Biden and Trump administrations have said that China is engaging in genocide against the Uyghur ethnic minority group. The State Department sent out an advisory in July advising businesses that operating in Xinjiang, China, could lead them to violate human rights laws amid continued reports of forced labor and genocide in the region. (RELATED: ‘Torture, Rape, Forced Sterilization’: Businesses Operating In Xinjiang, China, Could Violate US Law, State Dept. Says)

“The PRC’s crimes against humanity include imprisonment, torture, rape, forced sterilization, and persecution, including through forced labor and the imposition of draconian restrictions on freedom of religion or belief, freedom of expression, and freedom of movement,” the advisory states.

Fifty-one of Apple’s top 200 suppliers were based in China, including Hong Kong, in 2020, according to a Nikkei Asia analysis of the Apple Supplier List.

The Campaign for Accountability, a non-profit ethics watchdog group in Washington, D.C., filed a formal complaint with U.S. Customs and Border Protection on Monday over Apple’s alleged use of forced labor in products destined for the U.S.

A May 2021 investigation conducted by The Information found seven companies “supplying device components, coatings and assembly services to Apple that are linked to alleged forced labor involving Uyghurs and other oppressed minorities in China.”

The Washington Post reported in December of 2020 that one of Apple’s suppliers, Lens Technology, relies on forced labor in China to make glass screens for its iPhones.

Apple has denied allegations that they rely on forced Uyghur labor in their supply chains.

Apple has also lobbied against the passage of the Uyghur Forced Labor Prevention Act, a bipartisan bill that would ban imports from Xinjiang over human rights abuses conducted against the Uyghur ethnic minority by the Chinese government. The bill has passed the House and Senate.

Apple did not reply to a request to comment at the time of publication.