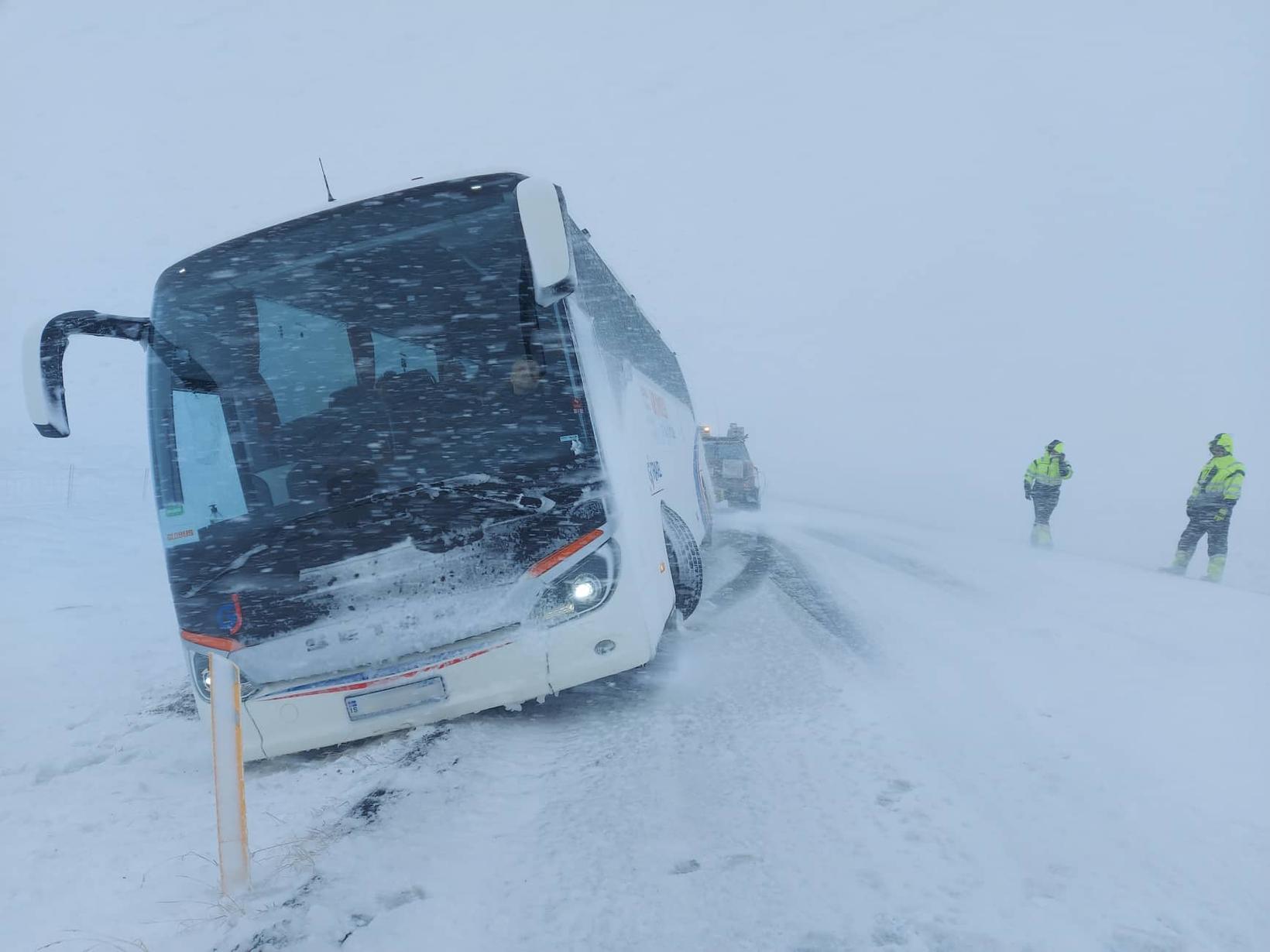 A bus was blown off the road in Hrútafjörður. Photo/ICE-SAR

Rescue workers were called out more than 100 times yesterday in the northern and western parts of Iceland, Morgunblaðið reports. A severe storm with heavy precipitation hit those areas with wind gusts in excess of 45 m/sec. Most of the calls involved drivers whose vehicles were stuck in snow.

“We would have liked to see people heed the repeated warnings yesterday, stressing that no travel was advised,” states Davíð Már Bjarnason, media representative for ICE-SAR, the Icelandic Association for Search and Rescue. “In the afternoon, there were reports of drivers in the most surprising of places,” he adds. There was, for instance, one vehicle stuck on Kjalvegur road in the central highlands. “We didn’t expect people to be traveling in the highlands in this kind of weather,” he explains.

In Hrútafjörður fjord, Northwest Iceland, a passenger bus was blown off the road near the Heggstaðanes exit. All 37 passenger on board escaped without injury and were quickly transported to safety at a nearby hotel.

In Siglufjörður, North Iceland, firefighters and rescue workers were called out when basements flooded. Trees were uprooted in some areas, and power went out on three power lines in North Iceland.

According to meteorologist Einar Sveinbjörnsson, at the Icelandic Met Office, yesterday’s storm was unusual in two ways: “What is special and unusual is that the low pressure area traveled from east to west. It is not unheard of, but much more commonly, they travel the other way, from the southwest and across the country.” The other unusual thing about the severe weather is how early in the fall it hit, he adds.

The unusually early snowfall this year resulted in a total of five avalanches in Iceland on Monday and Tuesday, in addition to another six avalanches the nine previous days. None of them resulted in injury or property damage.