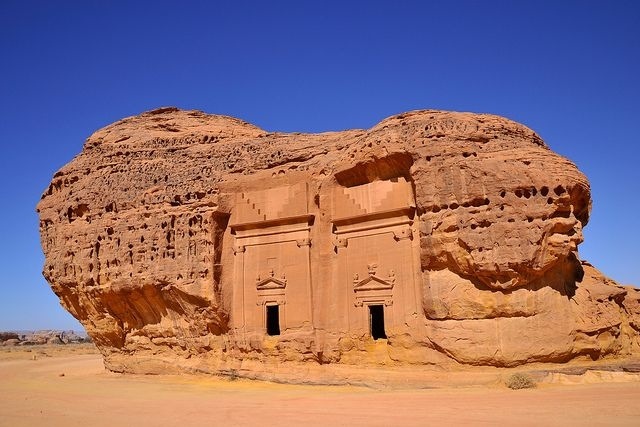 The ancient city of Al-`Ula is arguably one of the Middle East’s most impressive ghost towns, located along the Incense Road in northwestern Saudi Arabia. Once the capital of the Ancient North Arabian kingdom of Lihyan, its patchwork of stone ruins – some over 2000 years old – blend seamlessly into the surrounding desert.

According to the Harran Inscriptions, Nabonidus of Babylonia led a military campaign in the region around 552 BC, conquering the Tayma oasis, Dedan (old Lihyan) and the ancient city of Yathrib (modern Medina).

Hundreds of years later, Lihyan was ruled by the Nabataeans until their capital at Petra was overthrown by Rome in 106 AD. The Nabataeans thus relocated to Hegra, now known as Mada’in Saleh (above), 13 miles from Al-`Ula.

The old settlement played host to the Prophet Muhammad in 630 AD while allegedly en route to engage Byzantine forces at the Battle of Tabuk. But it wasn’t until the 1200s that Al-`Ula became a major hub, the foundations of its ancient buildings reused in the making of the ruined city we see today. 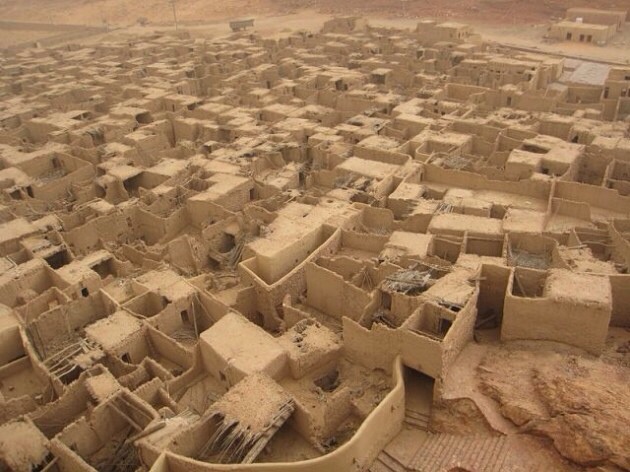 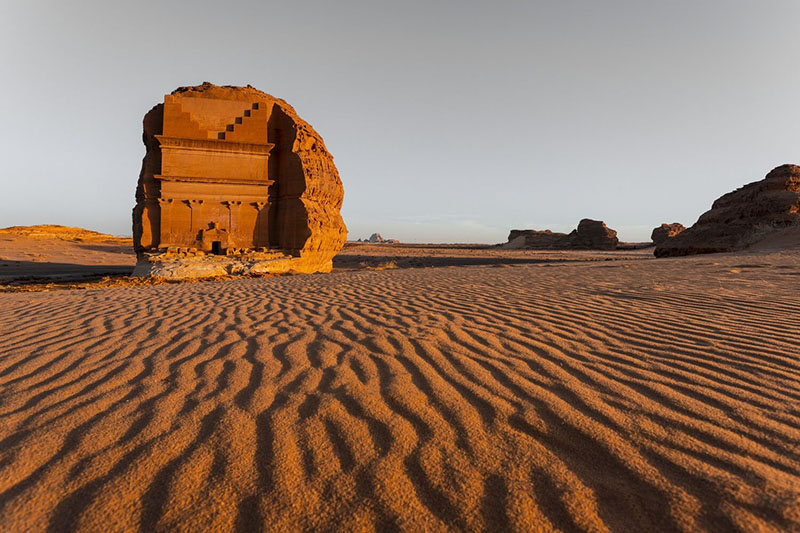