Stonehenge is a megalithic monument in the UK. Megaliths are literally large stone slab constructions.

Stonehenge is perhaps one of Britain’s most well known ancient sites. Located on Salisbury Plain in the south west of England the famous landmark attracts millions of visitors every year.

What most visitors to the site don’t realise is that the monument has been extensively restored and the stones realigned.

Archaeologists have been able to establish when the construction of Stonehenge began and estimate it at 2700 BC with the first large stones being placed around 2500 BC.

The large stones were erected and then the  Avenue, a grand-scale earthwork monument sweeping nearly 2 miles from the River Avon to the north-eastern entrance of Stonehenge, was begun. Archaeologists claim the construction concluded around 2000 BC with the placing of the raised stones across the circle of stones laid before and the laying of the heel stone at the start of the avenue.

Modifications, carvings and outlying stones continued to be added over the next 500-1000 years.

Below is the drawing showing how the completed monument likely looked in 1500 BC. 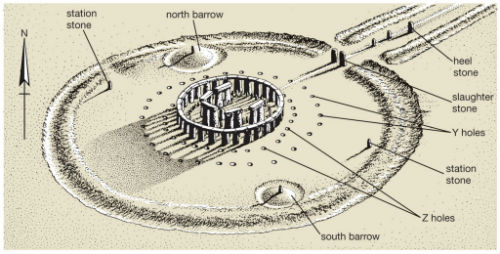 We also now that given the length of time taken to create Stonehenge, a number of different groups participated in the construction, and likely with different motivations for the project.

Stonehenge had been privately owned since the 12th century. Cecil and Mary Chubb became its last private owners after buying the monument at auction in 1915. Prior to the sale, the Antrobus family had owned Stonehenge and taken steps to protect it since the early 19th century. They had appointed its first warden in 1822 and by the end of the 19th century instructions existed to protect the stones and surrounding ground from damage, and to stop visitors from lighting fires, chipping the stones for souvenirs, littering and scratching their names on the monument. In 1871 one visitor stated that the sound of the constant chipping of stone broke the solitude of the place. 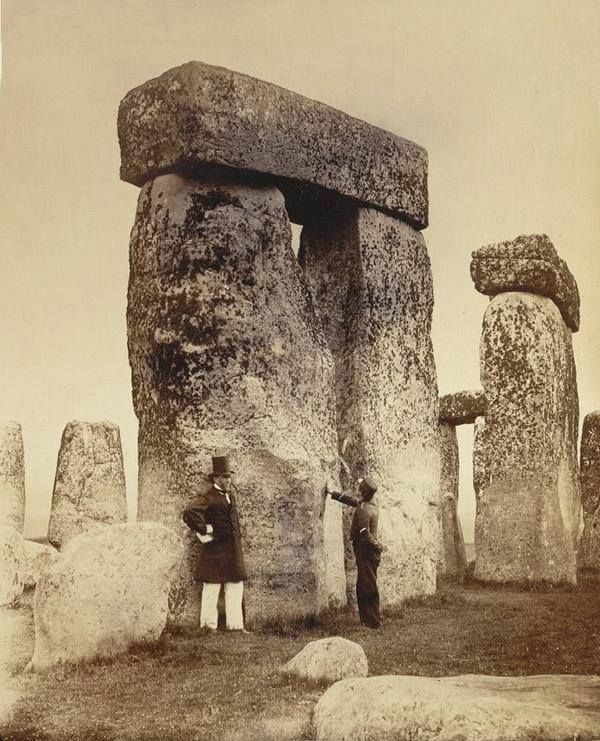 Ten years later timber supports were needed to shore up those stones considered in danger of collapse. In 1883 Stonehenge was included in the list of monuments to be protected by the new Ancient Monuments Protection Act. However, this needed the permission of the landowner, and as Sir Edmund Antrobus was an outspoken opponent of the new act, he refused to place the monument in guardianship.

In December 1900 an upright sarsen stone fell, and the massive horizontal lintel it held in place snapped in two. This collapse, and the public outcry about it, marked a change in attitude towards Stonehenge. A fence was erected around the stones, an entrance fee introduced and a police constable appointed to oversee visitors to the site.

A deed of gift was signed at an official presentation ceremony at Stonehenge on 26 October 1918. Thanks to the Chubbs’ generosity, Stonehenge was saved for future generations. 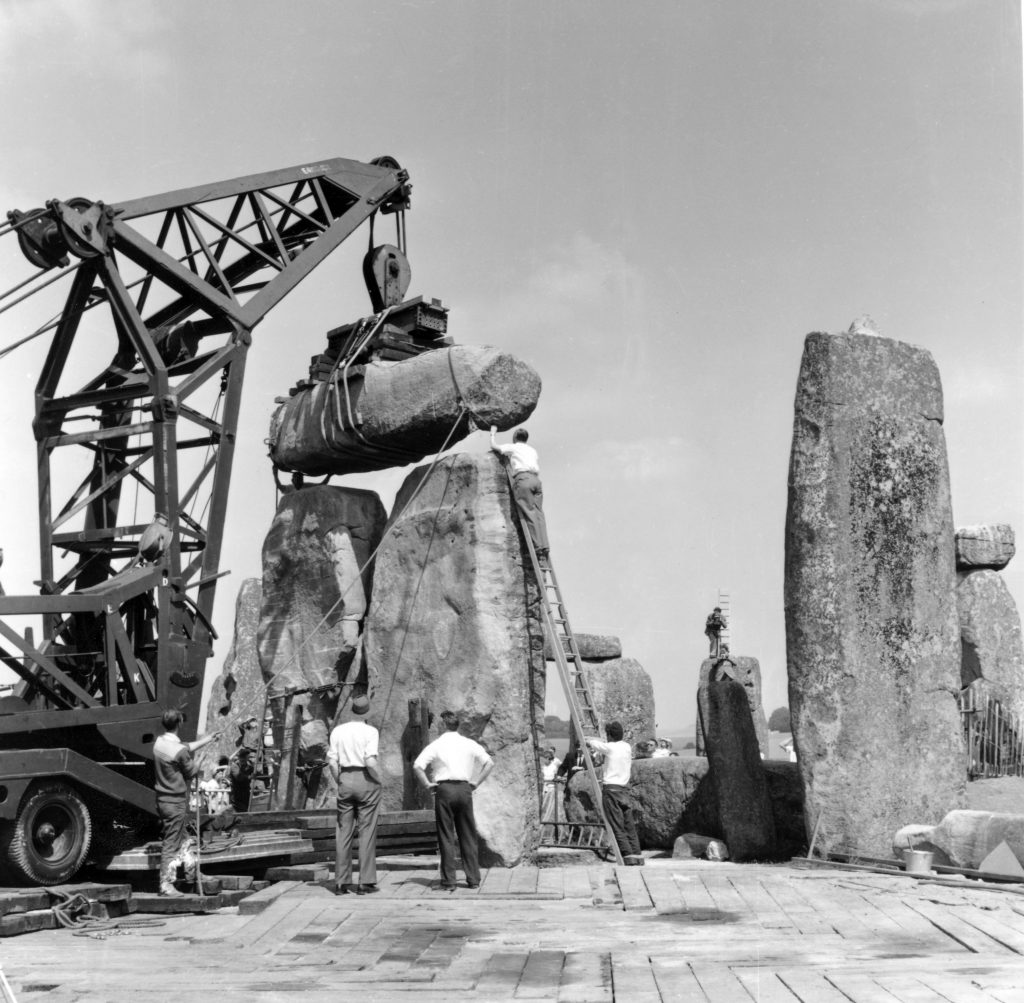 The state of Stonehenge was assessed soon after the handover. A number of the stones had long been propped up with larch poles, which were considered unsightly and less than ideal as a long-term solution. The Office of Works initially envisaged straightening a number of the leaning sarsens and securing them in a concrete foundation, as well as re-erecting the stones that had fallen in 1797 and 1900.

Work began in 1919, focusing on the stones that the Office of Works deemed most in need of restoration.

Restoration began with the stones that were leaning the most, starting with Stones 6 and 7 of the outer sarsen circle. One leaned inward and the other outward, causing the lintel on top to be twisted out of position. The lintel was wrapped in felt, cased in a wooden frame and then lifted off the uprights. The uprights were cased up, supported on joists and jacked back to the vertical. Three successive lintels and uprights were straightened in the same way.