By any measure, Peter Schweizer is an investigative reporting powerhouse. His output speaks for itself, with nearly 20 books to his name, including the bestsellers Clinton Cash and last year’s Profiles in Corruption. He has written for the New York Times and Breitbart News, where he is senior contributor. And in his day job, he and his team have published numerous investigations at the Government Accountability Institute (GAI), where he serves as president.

In his latest media offensive, Schweizer recently launched a weekly podcast series, a first for the GAI. The Drill Down podcast follows the money trail to expose government corruption, packaging complex issues into 30-minute episodes designed for easy consumption.

The show, co-hosted by Eric Eggers, delves beneath the surface of hot-button issues dominating the news cycle, offering substantive analysis of controversial issues including the corruption of teacher’s unions, the disastrous withdrawal from Afghanistan, and Hunter Biden’s many scandals.

“We’re trying to shed light on who should be held accountable — and why nobody ever goes to jail,” Schweizer told Breitbart News. “Our approach is and always has been ‘follow the money.’ And that can lead you in all sorts of directions.”

One recent episode focused on the American Federation of Teachers, the country’s second largest teacher’s union that has had an outsized influence on when public schools resume in-person teaching during the coronavirus pandemic. The episode explored the union’s political affiliations, including its endorsement of Joe Biden, and how that has affected its policies.

Another episode marked the 20th anniversary of the September 11 attacks by examining the growth of the military-industrial complex and the rise of government surveillance of Americans.

The Drill Down podcast aims to boost the visibility of the GAI’s deep investigative research at a time when corporate media have mostly lost interest in holding the left accountable.

Once upon a time, the GAI’s reporting on the Clinton Foundation led to stories in the New York Times and 60 Minutes, which used the GAI’s findings to run investigations into the alleged pay-for-play corruption behind Hillary Clinton’s failed bids for the White House.

Another investigation into foreign influence on elections during the Obama administration led to a feature story in Newsweek.

The GAI has also investigated Republicans, including Sen. Mitch McConnell (R-KY) and his wife, former Transportation Secretary Elaine Chao, and their ties to China.

Not so long ago, establishment journalists were more open-minded even if they were left-wing, Schweizer said. “They didn’t care who the messenger was. They cared what the message was.”

Now, “the young journalists out there already know the story they want to write and aren’t interested in looking at information depending on who the source is. If it doesn’t line up with their point of view, they’re just not interested.”

“That to me is the sea change in the media,” he said, noting that last year, for the first time in 25 years, “I cancelled my subscription” to the New York Times. 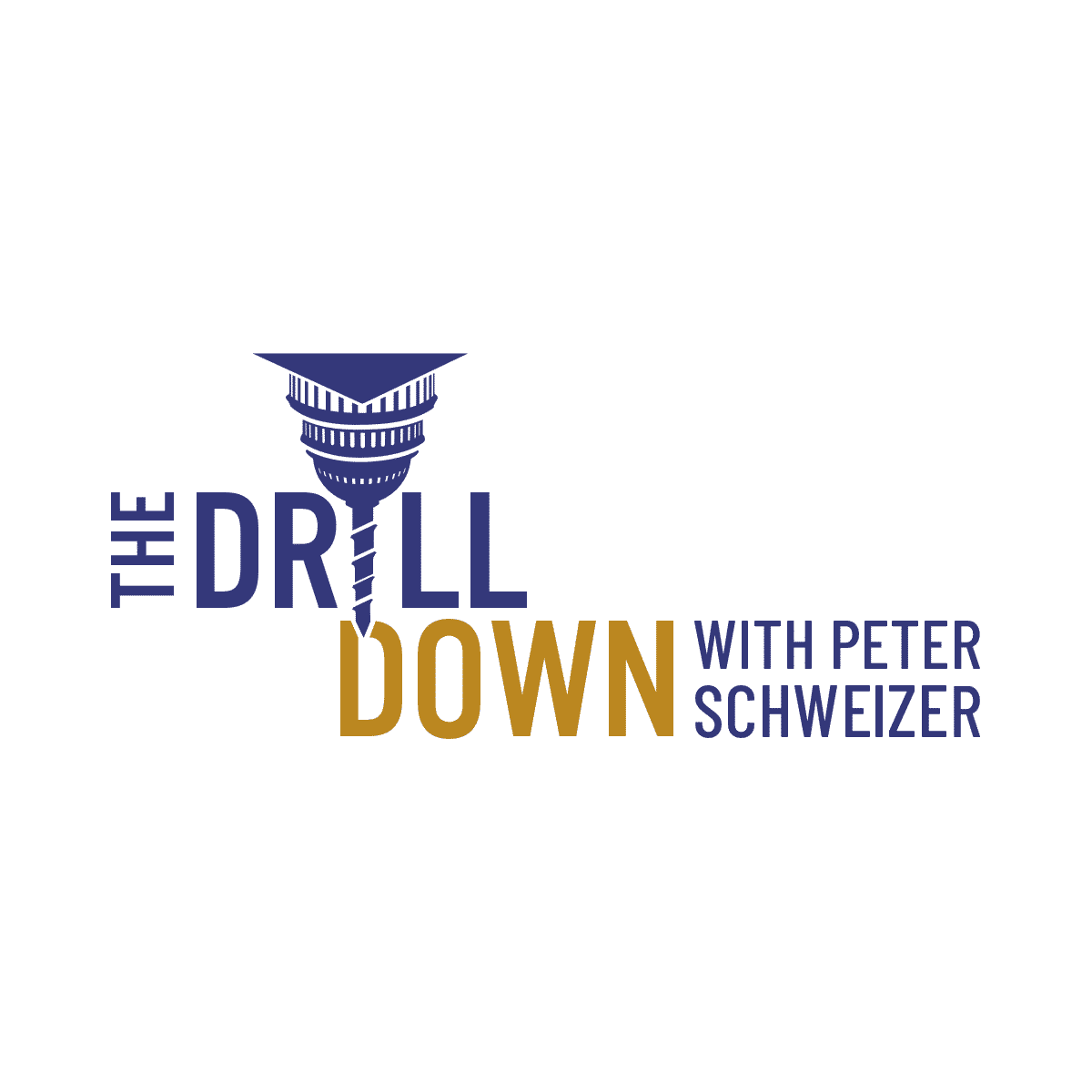 The Drill Down is seeking to address the seismic media shift by making the GAI’s institutional knowledge more accessible to the public. That means delivering potentially complicated information about government corruption and foreign policy fiascos in a conversational and accessible way.

“I’ve done a lot of interviews but it’s different being the host as opposed to being the guest,” Schweizer said. “It’s a different kind of talking.”

“Peter and I are different. What’s cool is that what you hear in terms of the difference of personalities is an accurate reflection of who we are,” Eggers told Breitbart News. “My wife likes to make fun of me for being too into people. But I like people. [In radio,] you learn how to take your own personality characteristics and feature them in an engaging way.”

Bringing Schweizer and Eggers together was a matter of striking the right tonal balance.

“Peter’s seriousness meets Eric’s snarkiness, and they produce heavy information for their audience, with a light lift,” said Lynda McLaughlin, the podcast’s producer who has also served as producer for Sean Hannity’s radio show.

“Eric and Peter are the perfect compliment to one another.”

The podcast’s target audience is anyone who is concerned about current events and how they impact the lives of ordinary Americans.

“What we try to do is show how people in public office benefit from the status quo — who makes money off of the headlines we read?” Eggers said. “Ideally we created it [the podcast] as a vehicle to communicate the research we’re doing.”

Chaffetz, who is a distinguished fellow at the GAI, recently appeared in an episode about Afghanistan, sharing what he learned during his Congressional tenure about corruption in military spending at Camp Leatherneck and other boondoggles.

Among political podcasts, “there’s a lot of competition for quick hits on the top points of the news,” Chaffetz told Breitbart News. The Drill Down is designed to offer a more substantial meal, he said. “You walk away with a deeper knowledge of the scams that are part of Washington.”

The idea to build a podcast wasn’t always an obvious one.

GAI leaders didn’t have much experience running a digital media shop and considered a range of possible media initiatives, including an investigative TV channel, before settling on the current format.

The podcast is nudging GAI further into the media territory as the organization seeks to find the right balance with its core research mission.

“It’s become a sort of hybrid research and journalistic entity, but they never thought of themselves as the latter,” said Peter Boyer, a veteran journalist of the New Yorker, Los Angeles Times, and Fox News, who now works at GAI.

“In the long term, it’s a way to inject our research into the news cycle and get it out there.”

GAI employs about 20 researchers who spend their time digging into issues and compiling annotated reports that the organization has traditionally given to the mainstream media.

“It’s a relief to have an outlet of our own to put the research out there. For five years, during the Trump administration, a lot of our research has just sat. Now we have this opportunity to get the facts out there to the people.”

Among the biggest issues on GAI’s plate is China — its cover-up of the coronavirus pandemic and its insidious influence on American politics and business. Bruner described China’s Communist Party as a “scourge” that has “infiltrated every level of American society.” 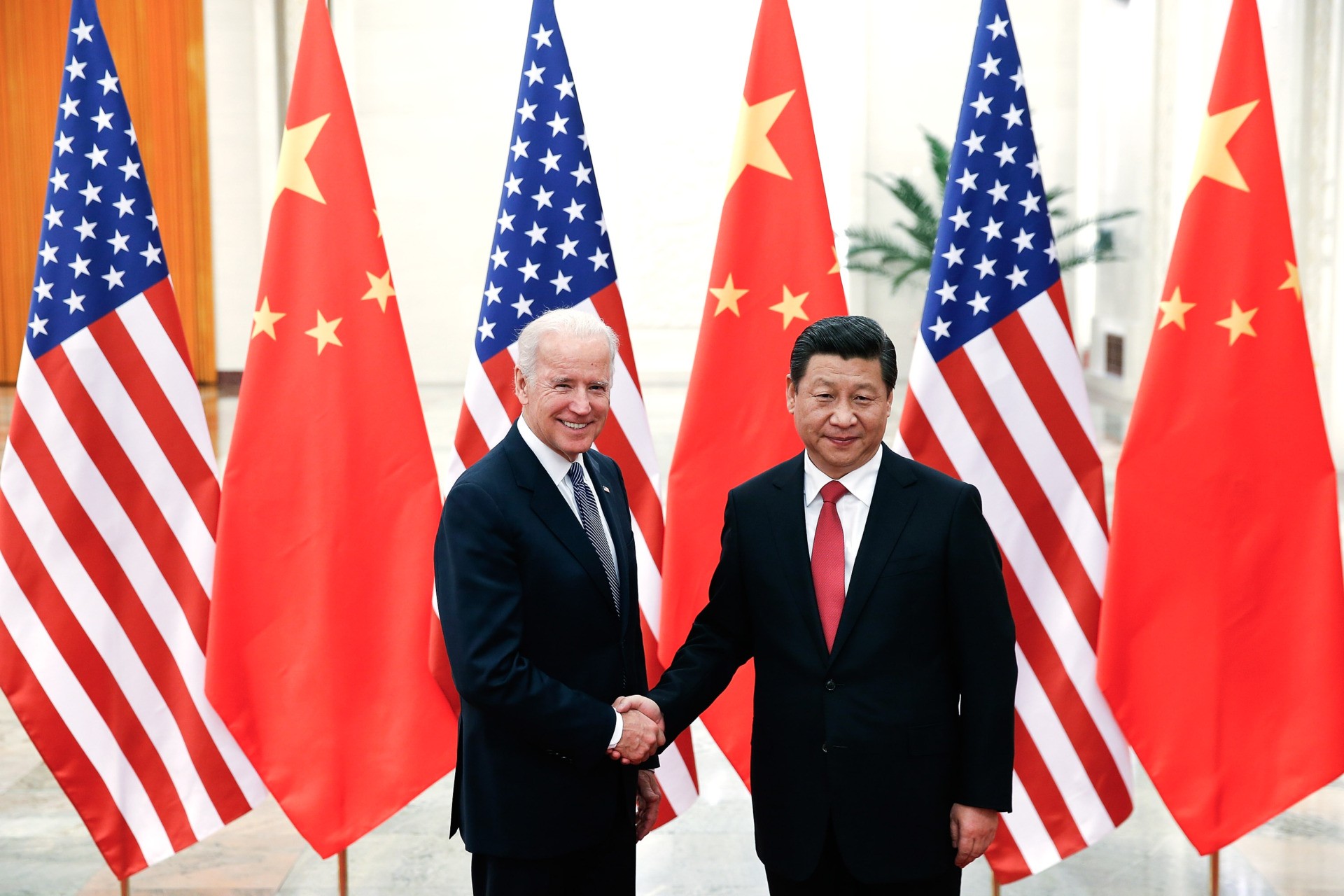 Another topic in the works is voter fraud, as Democrats attempt to federalize elections and tear down voter identification requirements.

All of that research will eventually make its way to the Drill Down podcast.

Peter Schweizer said he is optimistic about turning the tide against the left-wing corporate media.

“It’s actually surprising when you realize the media assets that tilt the left that we’re still a 50-50 country,” he told Breitbart News. “It shows the media has power but not enough to avoid reality. Reality has a way of creeping in even if the media isn’t covering it.”