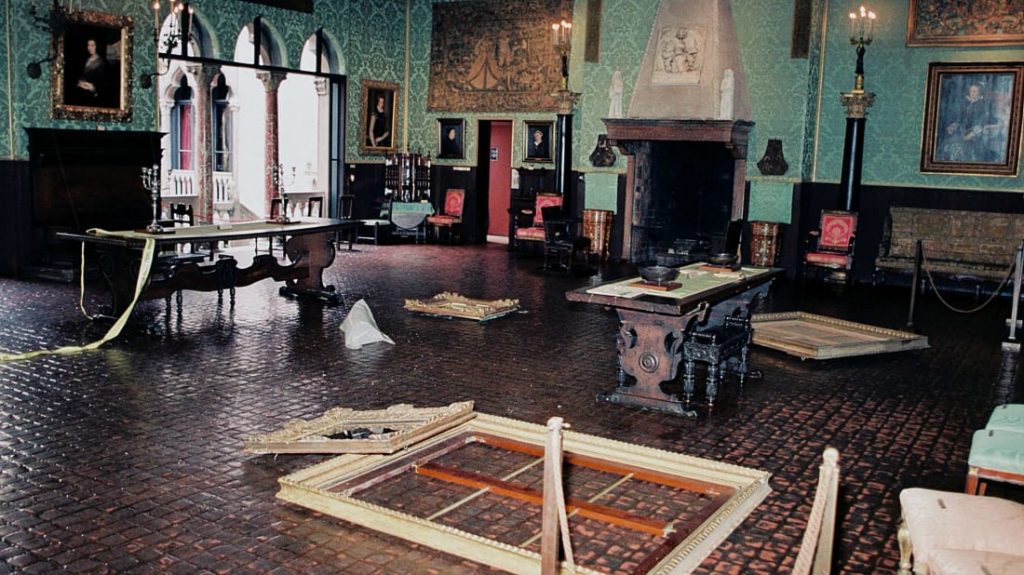 In the early morning of 18 March 1990, a security guard at the Gardner Museum buzzed in two men with fake moustaches dressed in Boston police uniforms. The “cops” claimed to be investigating a disturbance. They then tied up the two guards on duty and spent almost 90 minutes in the galleries, cutting pictures from their frames (including a Vermeer and three Rembrandts) and seizing two small objects.

The Events on the night

March 18th, 1990. Sunday morning. 12:30 AM. The early hours of the morning after St. Patrick’s Day. The perfect time to commit a high-profile crime. At this point, any would-be witnesses are completely inebriated, more so given the target in question resides at the heart of Boston. A stronghold for the working class and Irish-Catholic guilt – both of which are known to induce a certain level of thirst.

Soon after, two men dressed as police officers would arrive at the side entrance of the Gardner Museum in an unmarked hatchback. Again, any sober individual would be suspicious of police officers on the prowl in an unmarked hatchback, but there were no sober individuals in sight. Just children of the revelry. The two men buzzed the museum’s intercom system and explained they were called to investigate a disturbance. Fearing a St. Patrick’s Day reveller had somehow breached the newly bolstered security measures, the Gardener Museum’s nightwatchmen let them in to do their thing. 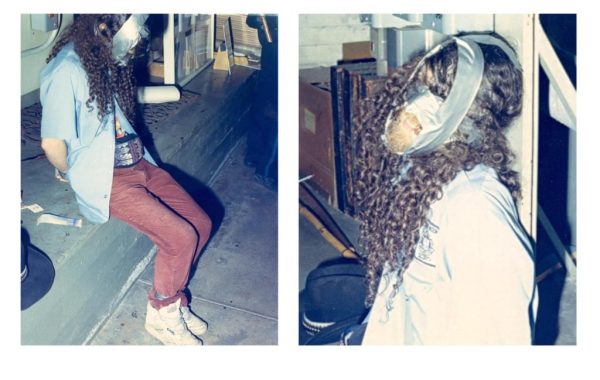 Once inside the building, the thieves demanded that all personnel return to the security desk, luring the only other guard to an ambush. While this was going on, the guard that had initially let the two thieves in was tricked into stepping away from the security desk where the panic button was located. In a matter of just ten minutes, both guards were handcuffed, bound and blinded with duct tape, and left tethered helplessly in the basement; essentially freeing up the daring criminal duo to work their way through the multi-million dollar catalogue on hand.

From there, it quickly devolved into a simple smash-and-grab affair. The thieves broke the glass frames and used a blade to cut the canvases out of their stretches. And they were smart about it too. Among the most notable half-finished lifts was a large Rembrandt oil painting with wood instead of canvas, taken off the wall and left to lean against a cabinet; a detail that lends itself to the theory that their manpower was strictly limited to the two who had made it in, with no other support waiting outside, thereby forcing them to only take whatever was easiest to transport. This detail also supports the theory that there was no definitive plan to target specific artworks prior to entering the museum (but more on this later).

The final stage before the thieves made their seamless exit involved a courteous bit of housekeeping. They made sure the guards were comfortable – asked whether they were still comfortable, even – only then making their way to the security director’s office where they removed the footage from closed-circuit cameras and data print-outs from the motion sensors. The entire robbery lasted just eighty-one minutes. 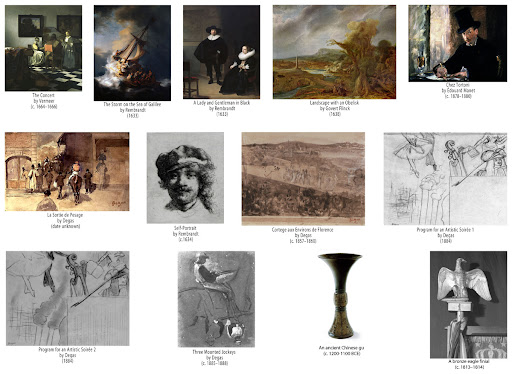 The haul was estimated at $600 MILLION  in total value.

The thieves managed to escape with:

Initially, the FBI had valued the collection of thirteen stolen artworks to be worth somewhere in the ballpark of US$200 million. That estimate was later raised to US$500 million in 2000, and currently, expert suggestions indicate the true value could be worth a staggering US$600 million. Certainly enough to justify being labelled the largest theft of private property in American history. Vermeer’s The Concert alone is worth half of the total value, with an estimated value of US$250 million back in 2015. Suffice it to say, the scale and magnitude of this haul is truly in a league of its own.