The Strange Disappearance Of Mel Wiley 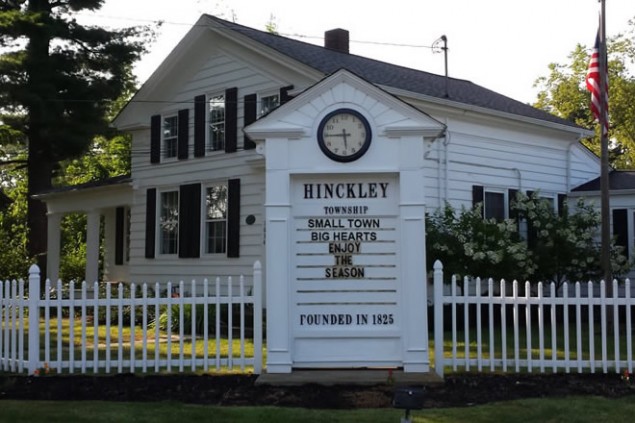 Date of Birth: 5’11, 165 pounds
Distinguishing Characteristics: Caucasian male. Wiley has patches of very pale skin on his neck and arms, caused by radiation exposure. He has a wart on his nose and he is balding. He smokes Salem cigarettes.

Medical Conditions: Wiley has a skin condition that causes him problems if he goes out in the sun.

Wiley was last seen in Hinckley Township, Ohio on July 28, 1985. He has never been heard from again. At 4:00 a.m. on July 30, his tan 1980 Toyota station wagon was found at Lakefront State Park on Lake Erie in Cleveland, Ohio. The car was locked and contained some clothing as well as Wiley’s wallet with $15 in cash, credit cards, his police identification and badge, suntan lotion, a beach towel and a pack of cigarettes. An extensive search of the area turned up no sign of him. Authorities initially believed he drowned in Lake Erie, but they have since discounted that possibility. Wiley had told someone he planned to buy a swimsuit and go swimming with an unidentified person from out of town. But Wiley didn’t like swimming, and it was later discovered that he’d never bought a swimsuit.
Wiley’s apartment was left in a very neat condition. It was locked, but a window had been left open. Extra water and several days’ worth of food were set out for Wiley’s two cats. Wiley was writing a novel at the time of his disappearance and often spoke of it. The book was about a homicide in Pennsylvania. Police were unable to locate his manuscript after his disappearance. He had also written a book of poetry and it, too, disappeared with him. Wiley also took his music collection, envelopes, stamps, typewriter paper and his address book. He typically wore long-sleeved shirts, and most of those were missing from his home. There was nothing inside the refrigerator except a container of mayonnaise. When police picked up his uniforms at the dry cleaner’s, they found a cab schedule and a bus schedule he had left in the pockets. The top drawer of Wiley’s desk at the police station, which normally contained many items, was completely empty, except for his apartment key.

Prior to his disappearance, Wiley wrote a letter to a female friend saying he was tired of his life and wanted to disappear. He said he would be 2,500 miles away by the time his friend got the letter. His friend never received the letter and investigators never found it, but they deciphered what Wiley had written by looking at the ribbon on his office typewriter. In the weeks before he went missing he had seemed moody and left work early a lot, which is uncharacteristic of him. His friends believed he was bored with his job. Wiley had said he planned to retire from police work at age fifty and write full-time. He disappeared three years before he could do this.

Wiley became a police officer in 1966. He joined the Hinckley Township Police Department in 1978 and became police chief in 1982. He had also worked as a fingerprint technician for the Federal Bureau of Investigation (FBI), a background investigator for the Department of Defense, an Army intelligence officer, and a newspaper reporter. He has no children and got divorced in 1984 after a seventeen-year marriage. He was paying his wife alimony. Wiley didn’t make any large withdrawals from his bank account before he vanished, and he left behind thousands of dollars in his pension fund. His loved ones stated it would be uncharacteristic of him to leave his car; it was a gift from his deceased brother and he treasured it.

Investigators don’t believe Wiley was murdered or committed suicide; they think he staged his disappearance and traveled far away, possibly to California. He was declared legally dead in 1993. His case remains unsolved.