This Pharaonic Coffin To Be Displayed in Expo 2020 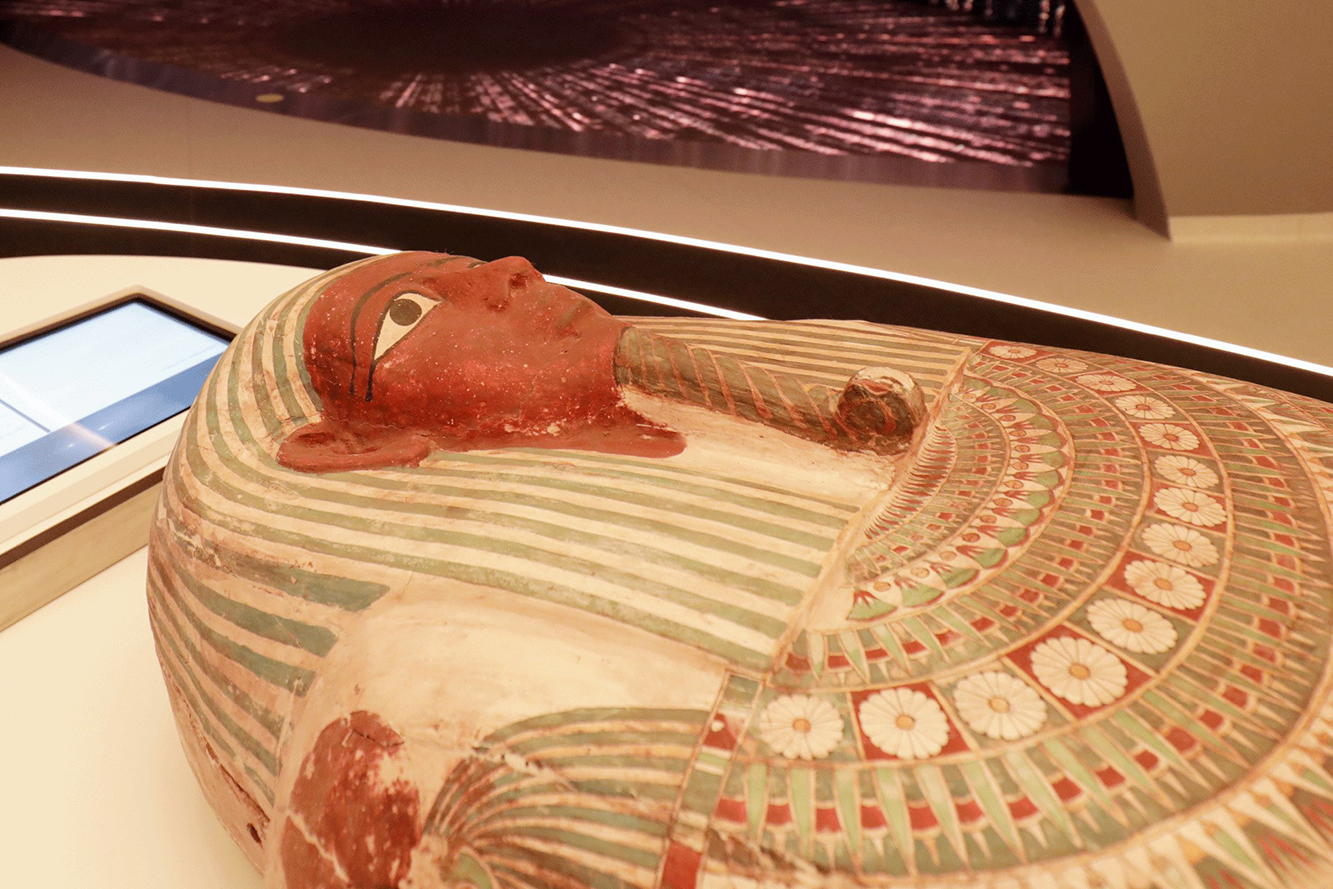 Organisers want to ensure Egypt’s pavilion reflects the significance of the country’s role and leadership as one of the top tourist attractions and archaeological destinations in the world.

The ancient coffin of Priest Psamtik, ‘the son of Pediosir’, has arrived in Dubai so it can be displayed at the Egypt Pavilion during Expo Dubai 2020. The coffin is among the coloured wooden ones that were recently discovered in Saqqara by the archaeological mission of the Supreme Council of Antiquities. 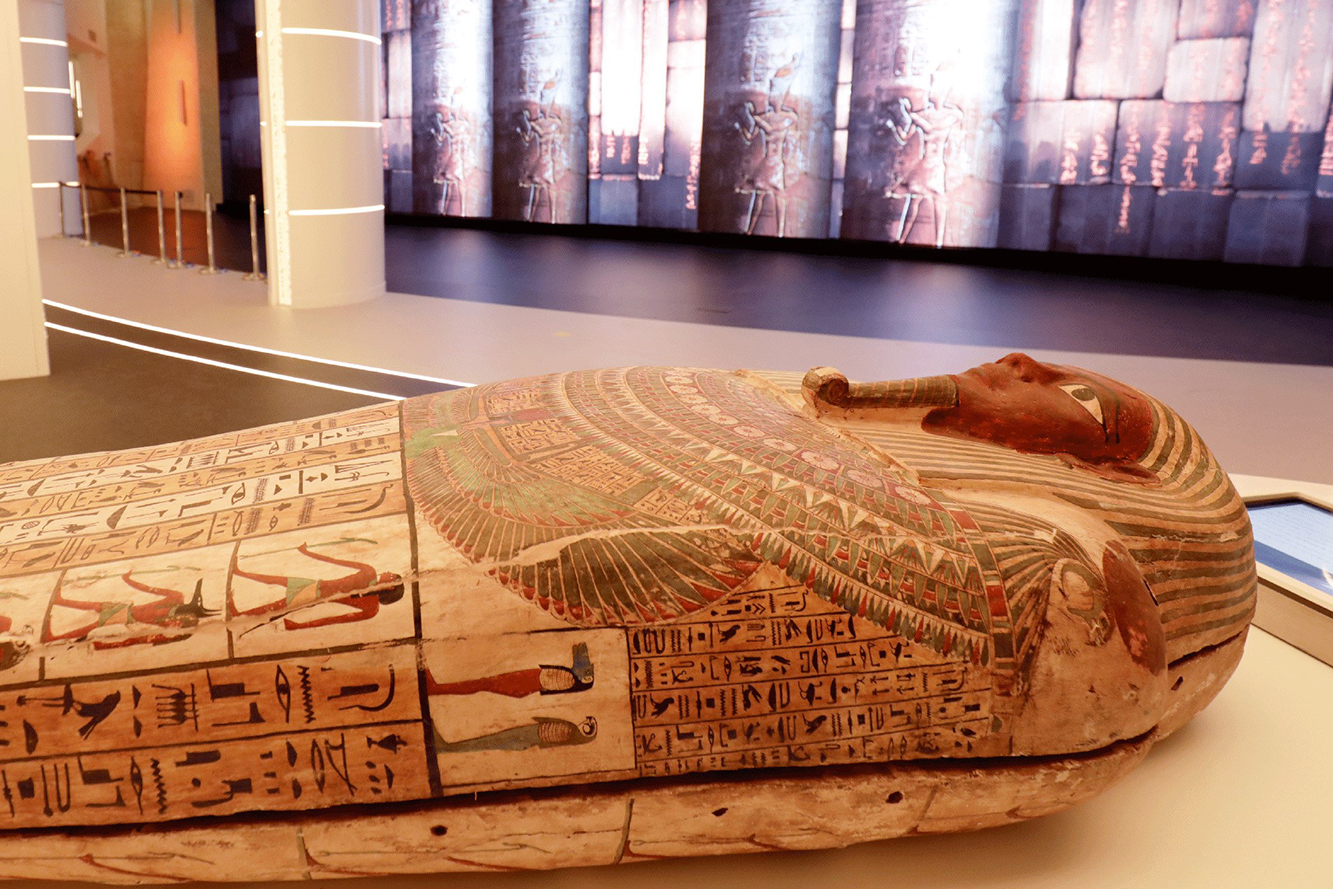 A large necklace that ends with the heads of a falcon, with the goddess of sky, Nut, spreading her wings, carrying the two feathers of Maat (the goddess of truth and justice) is among the coffin’s standout features that can be examined by visitors. The middle of the coffin is also a point of interest as it is decorated with religious incantations, while two rows of Was deities holding a scepter in her hands, found around the sides is another highlight. To delight visitors even futher, the the lower part of the coffin features two figures of the god of afterlife Anubis appearing above his cottage, standing in front of the deceased. 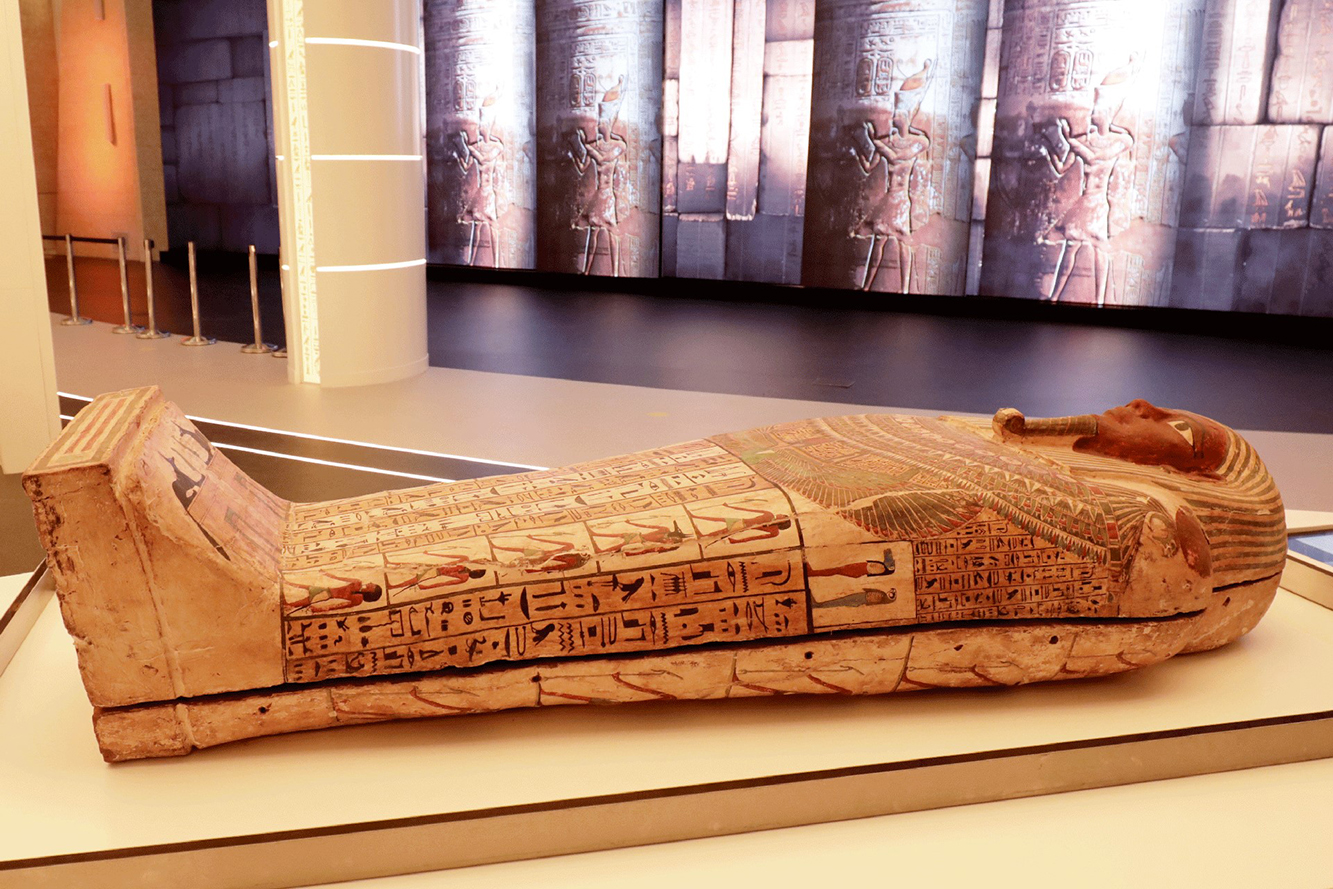 A group of modern replicas of King Tutankhamun have also arrived to be on Show at the Egypt Pavilion. The collection of King Tutankhamun replicas includes his golden mask, his own sarcophagus and the Ka guardian statue of the king. A special festive chair and the golden king’s throne will also be showcased.

Coffins had great significance, whether from a religious or symbolic point of view, in ancient Egypt.

They were considered the most important phase in the burial process and the place where the body of the deceased was prepared for the process of judgment in the afterlife.